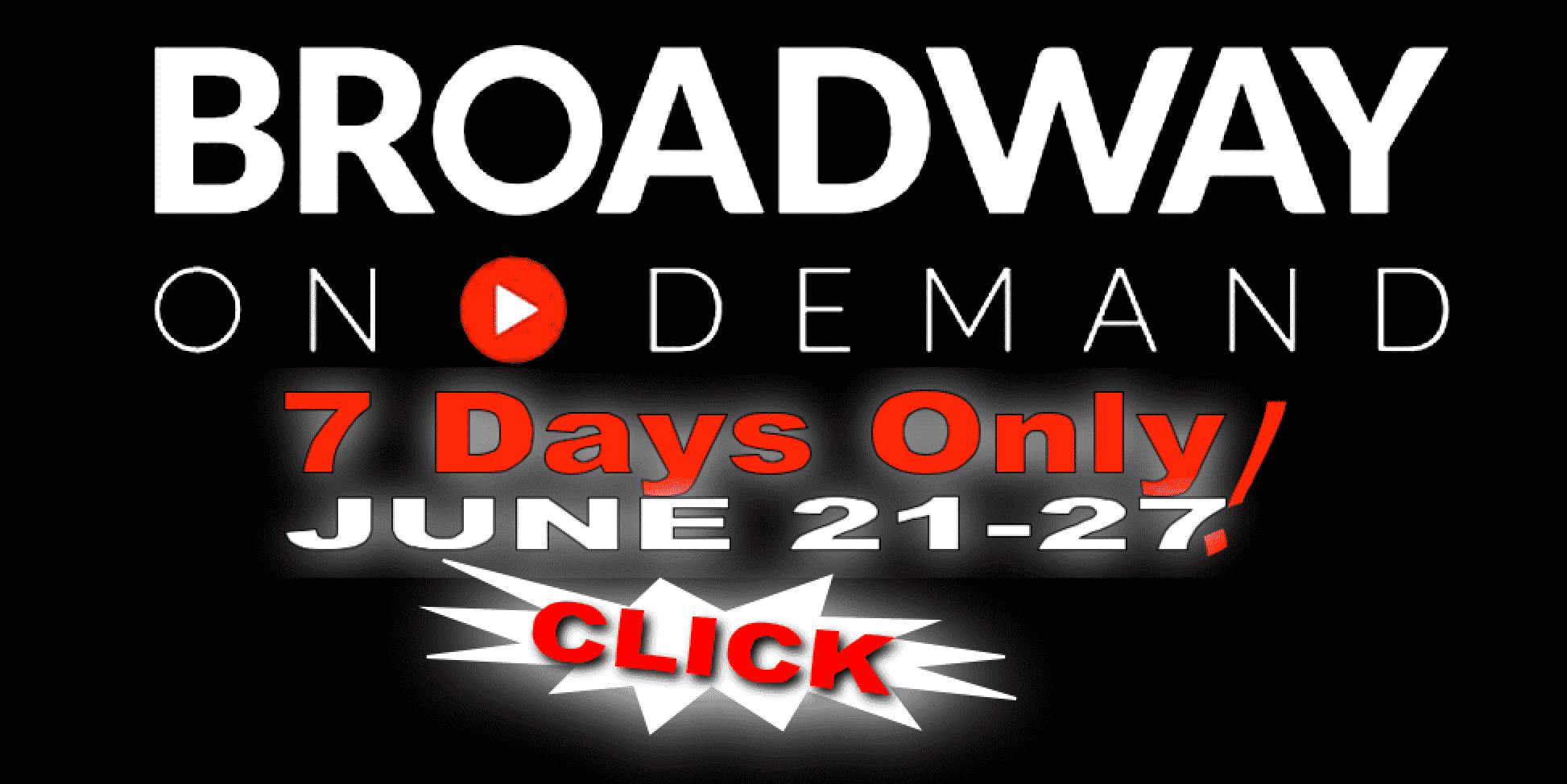 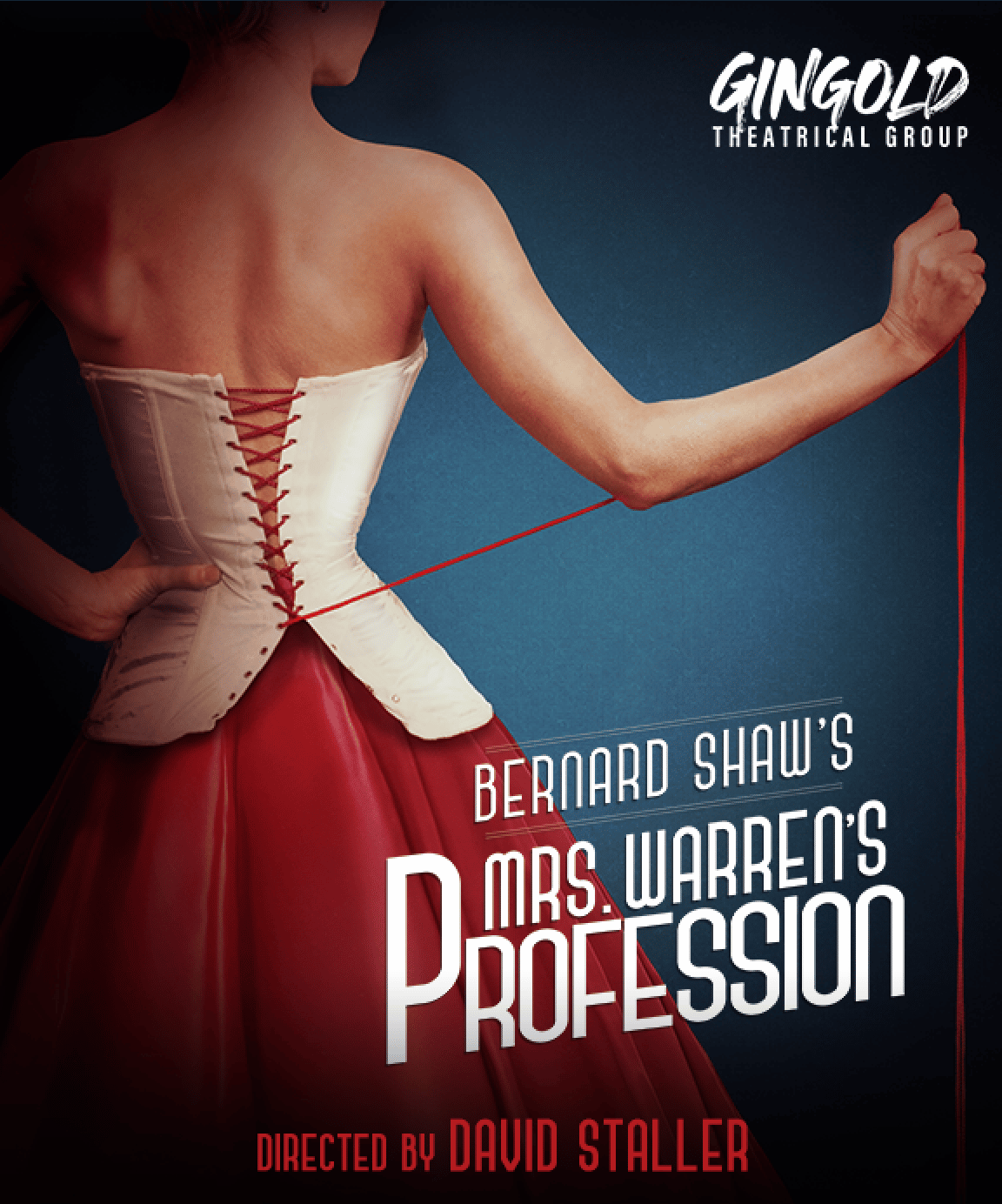 With This Astonishing Cast:

George Bernard Shaw built his life on controversy, determined to be the voice of empowerment for the disenfranchised. In a world where women have no legal rights, his play examines a woman who, coming from nothing, has become one of the most wealthy and powerful of executives running an international string of high-class brothels, keeping her life hidden from her daughter. Only when the truth is revealed does the house of cards topple.

In this infamous comedy/drama, George Bernard Shaw brings us his most provocative play, which examines how six people face their past to plan for their future, including the mysterious title character who has built a global empire from the ground up.

Come experience the provocative play that, in its world debut in New York in 1905, the entire cast was arrested on opening night! With a glorious cast by the most amusing and insightful playwright in the English language, the always rascally George Bernard Shaw. 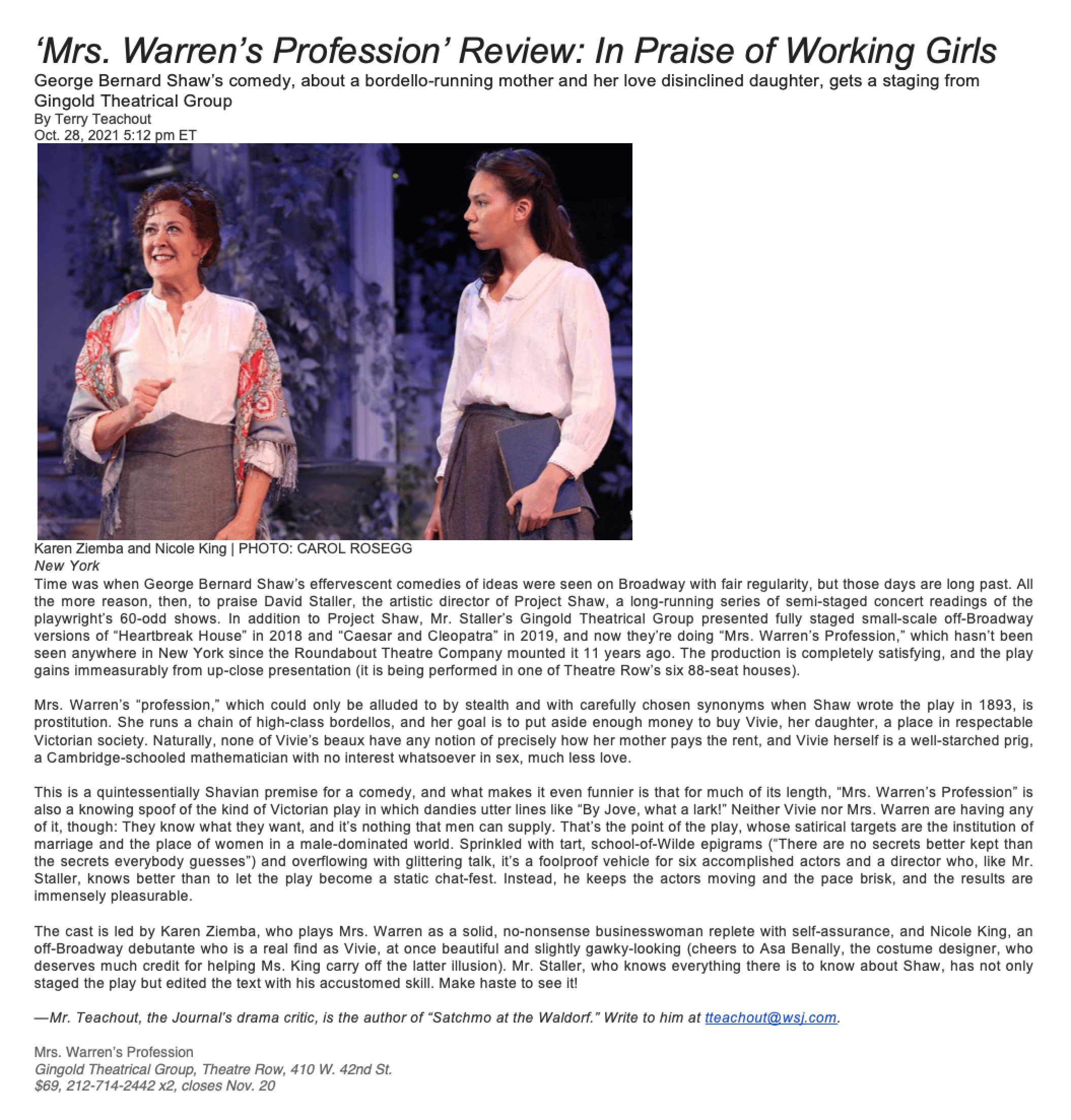 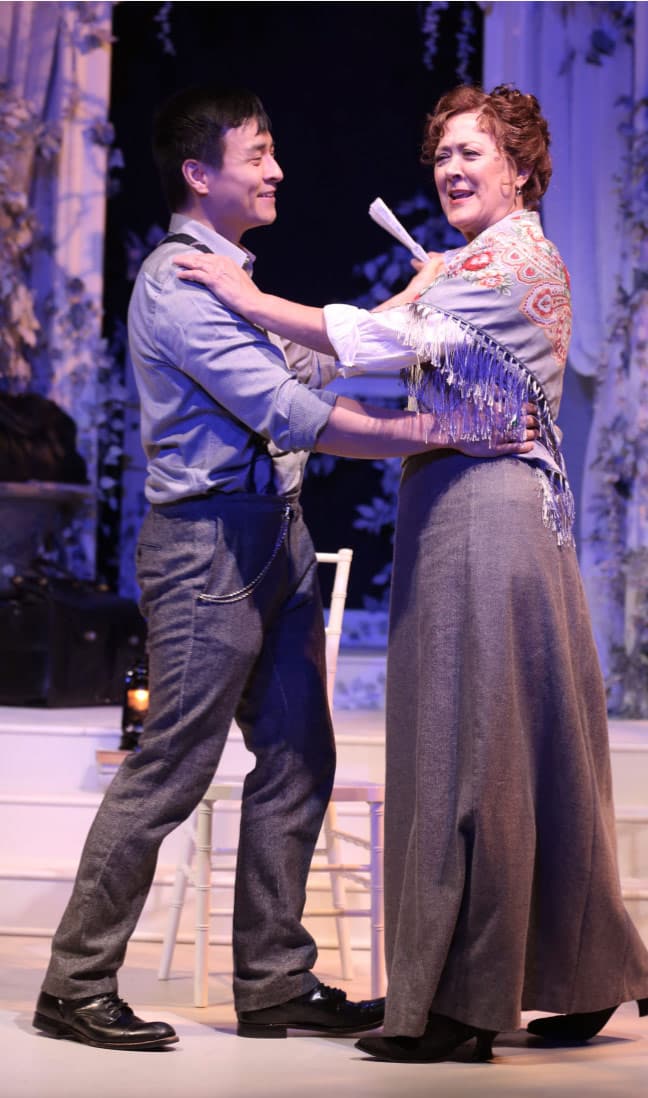 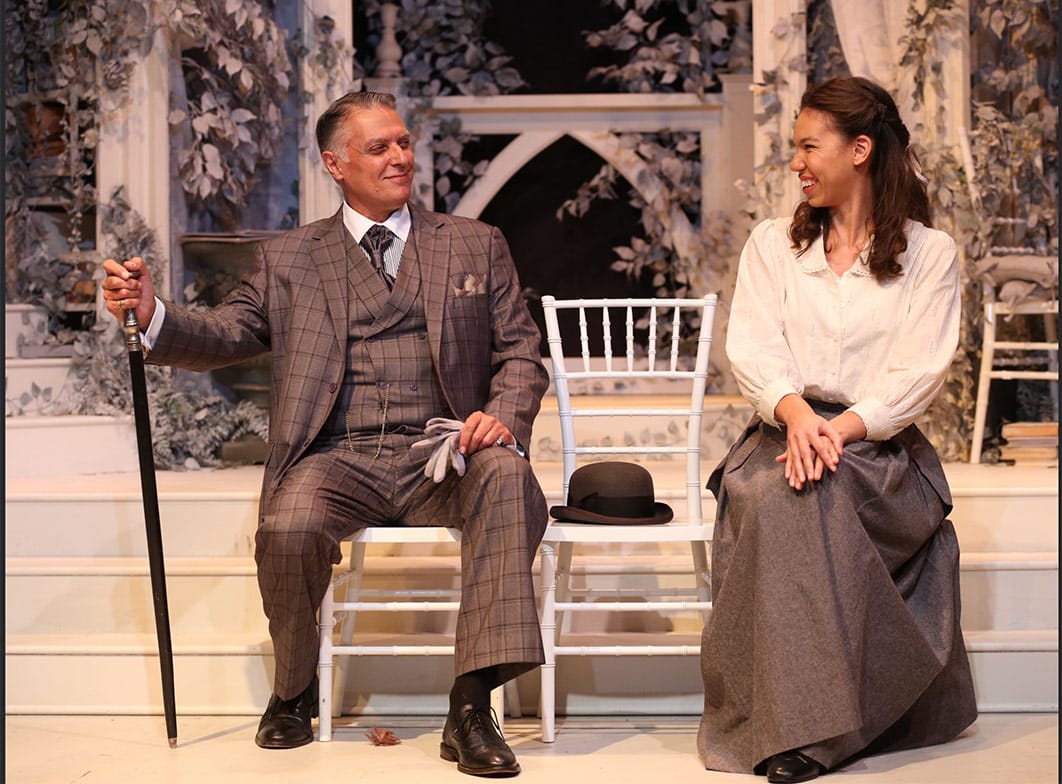 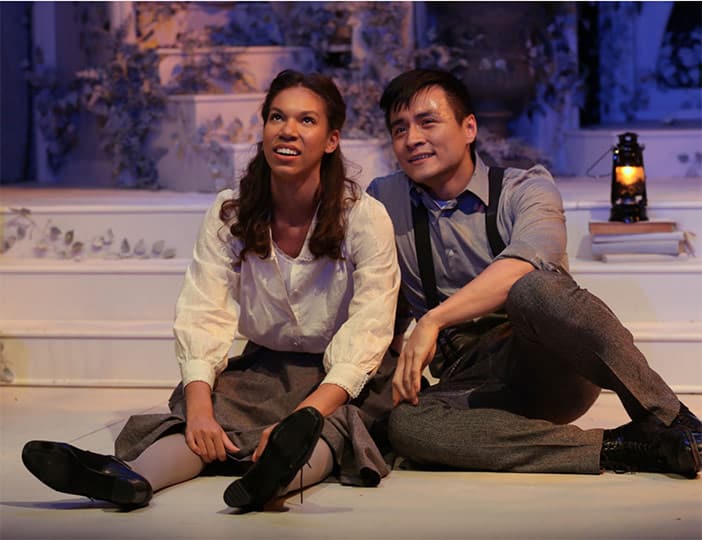 We hosted an international team of Theatre Artists, Journalists, and Shaw Scholars will kick some hot topics around! Shaw, Activism in the Arts, Women’s Rights, Changing Legal Issues that the arts have inspired, or any other topic related to MRS. WARREN’S PROFESSION!
MAKE SURE YOU’RE ON OUR MAILING LIST FOR ALL UPCOMING EVENTS!

For in-person events:  Gingold Theater Group is committed to maintaining a safe and healthy community. In order to ensure the health of their entire community, proof of COVID-19 vaccination is required for all employees and audience members. Their policy requires complete COVID-19 vaccinations before the date of attendance, which is currently defined as fourteen days following the final dose of the Johnson & Johnson, Pfizer, Moderna, or Astra-Zeneca vaccine. Proof of vaccination (the Excelsior Pass, the NYC COVID Safe Pass, a CDC vaccination card, and/or an official immunization record from outside the United States) will be required for entry into the theater.

Building for the Arts and Theater Row: What You Should Know about Covid Protocols

The only exception to the above will be for guests under the age of 12. Guests under 12 must provide proof of one of the following COVID-19 tests:

Guests may present proof of vaccination or a negative test on paper or mobile device. All guests 2 and older must wear a mask at all times.

There will be no exceptions to this policy. We are sorry for any inconvenience this may cause. If you are unable to attend your scheduled performance due to the building safety policies, please contact the Box Office at boxoffice@theatrerow.org or by phone at (212) 714-2442 x45 (12pm-5pm daily). Thank you for your cooperation! 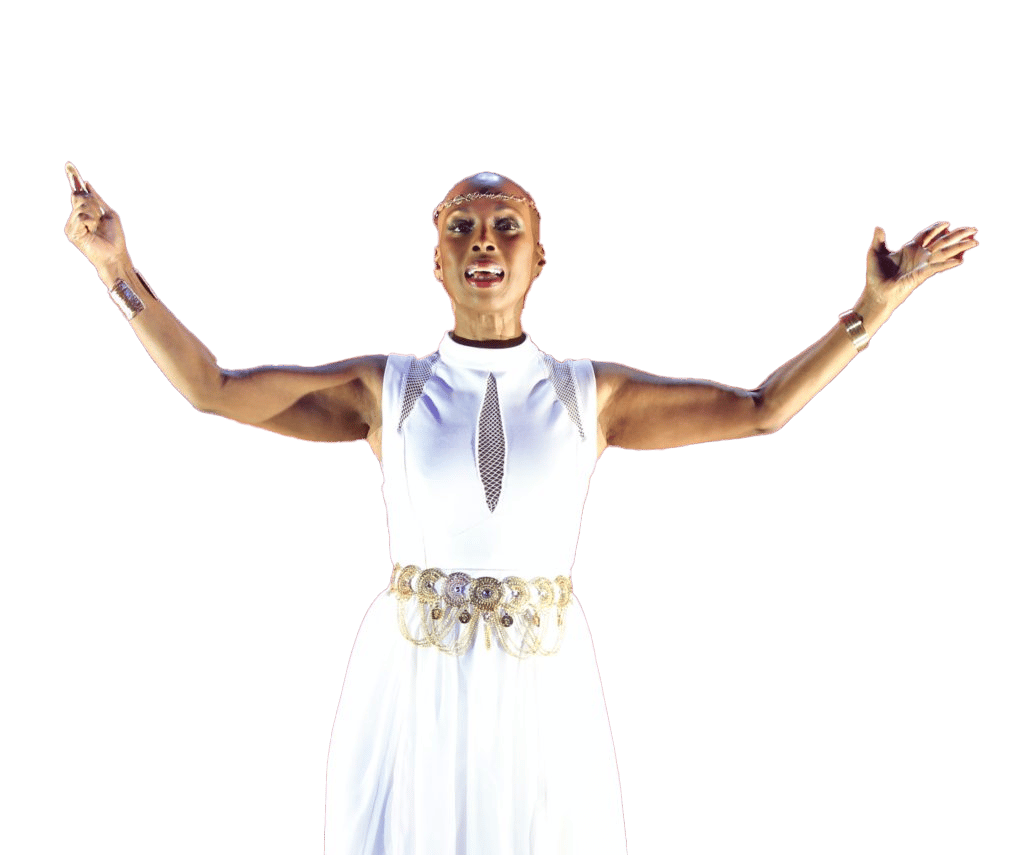 Max Roll (understudy) is a British actor now based in New York. Recent theatre credits include multiple Canadian productions of 2 Pianos 4 Hands, playing the role of Ted at the Chemainus Theatre Festival and the Thousand Islands Playhouse, and the role of Richard at the National Arts Centre in Ottawa. Other credits include: Much Ado About Nothing and Twelfth Night (RBL Theatre), The Great Gatsby (UK National Tour), Family Furniture (US Regional Premiere, White Heron Theatre), Redrum (Studio 54), Romeo and Juliet and We Have Always Lived in the Castle (u/s Yale Rep). At Yale: Angels in America, The Seagull, Antony and Cleopatra, Sunday in the Park with George and King Lear, amongst others. Multiple new play works at YSD and Yale Cabaret.. Max can also be heard narrating several audio books, including Stefanie Zweig’s Oscar nominated Nowhere in Africa and the sequel Somewhere in Germany. Max is a graduate of the Yale School of Drama.