Named after the corner of London’s Hyde Park where Shaw and other political speakers have delivered speeches since 1855, Gingold’s Speakers’ Corner brings together a small group of playwrights who spend one year exploring a specific Shaw play and writing new work in response to that text and Shaw’s precepts. Plays may continue their development through a multi-phase process with Gingold. 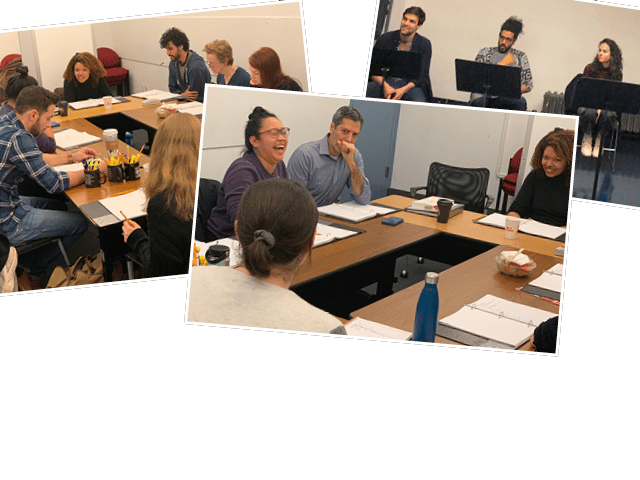 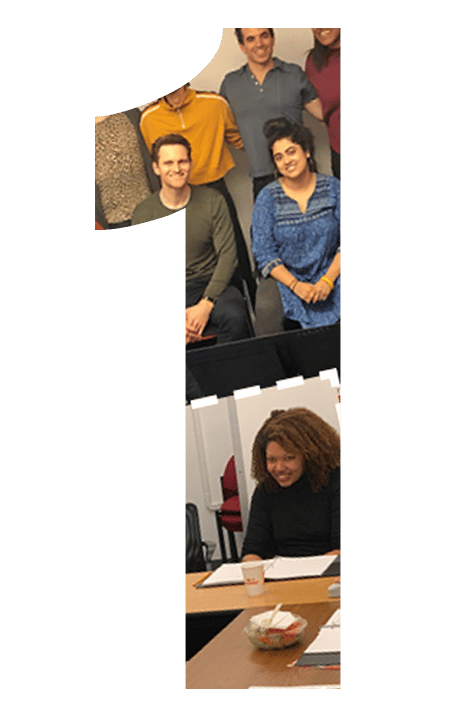 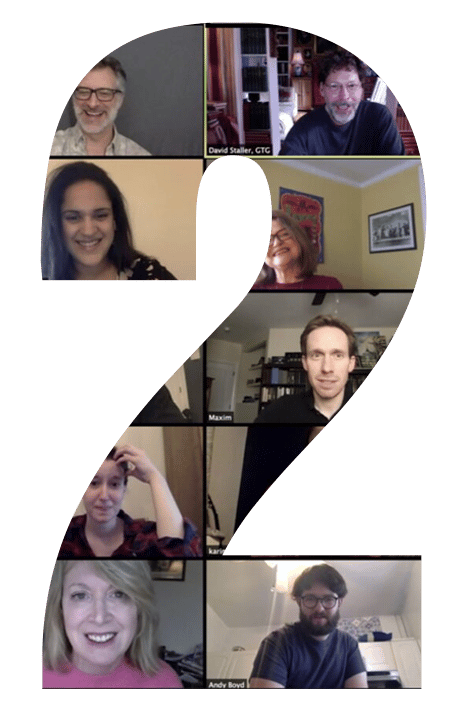 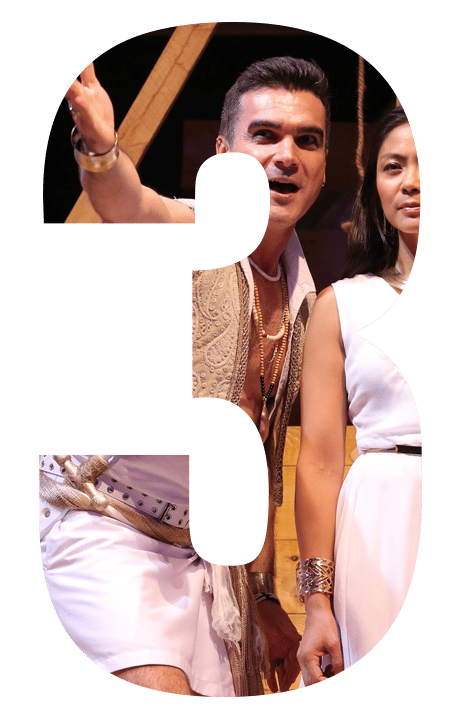 Applications for next season’s Speakers’ Corner will open in late June, 2021.

The program’s namesake, Speakers’ Corner in London’s Hyde Park, was designated as an official safe place where anyone could offer their own beliefs, opinions, and treatises with no fear of arrest. Along with many of his time, Shaw regularly used this location as an opportunity to openly communicate with the general public who may not have been able to afford going to the theatre.

Gingold’s Speakers’ Corner member writers read and discuss a specific play by George Bernard Shaw before responding through targeted writing prompts. The writers’ new works needn’t be commentaries on Shaw or adaptations of Shaw’s work, but original works inspired by the ideas sparked by reading and discussing the initial Shaw play as a cohort. The cohort then spends the remainder of the year expanding these ideas into new plays.

At bi-monthly meetings, writers share their work and receive constructive feedback from one another and from members of Gingold’s artistic staff. The goal, ultimately, is to develop a play that will be fully produced as part of the Gingold future seasons. 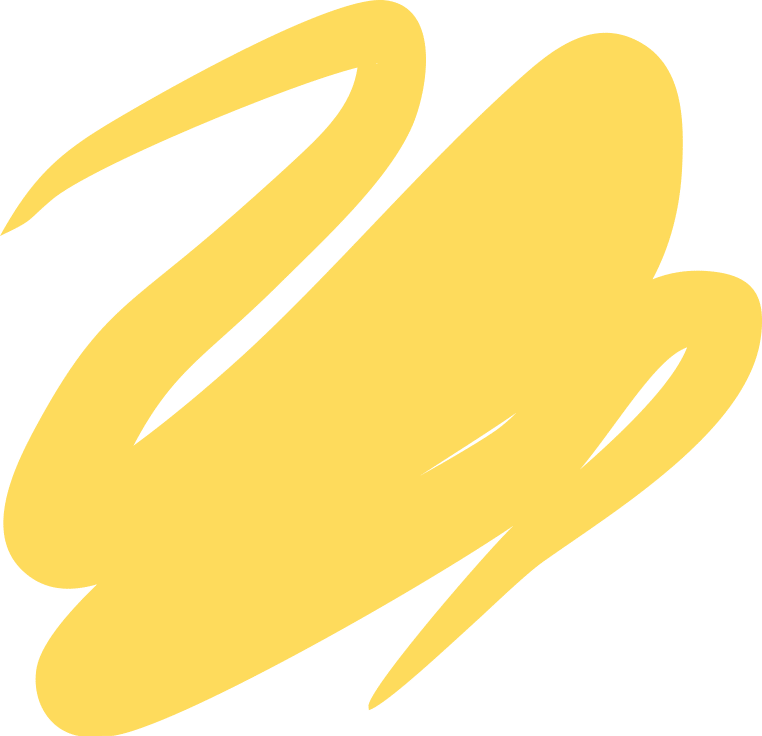 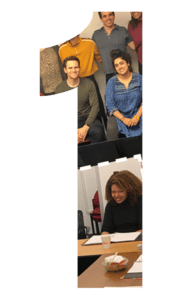 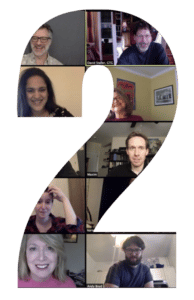 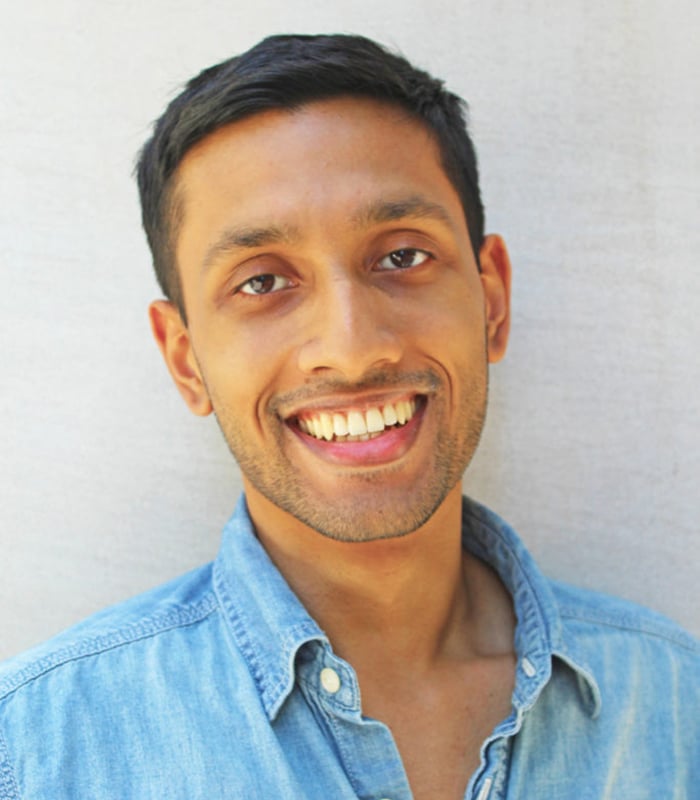 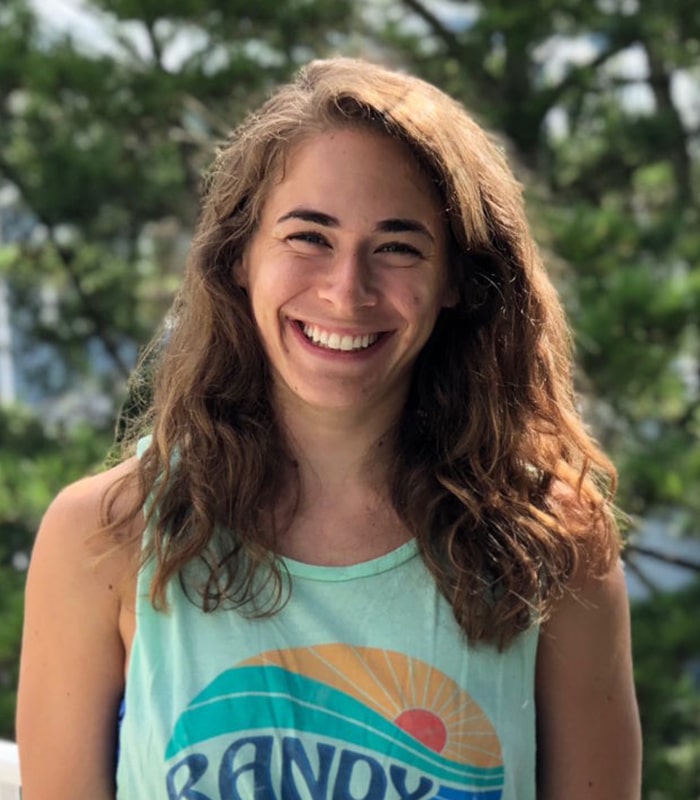 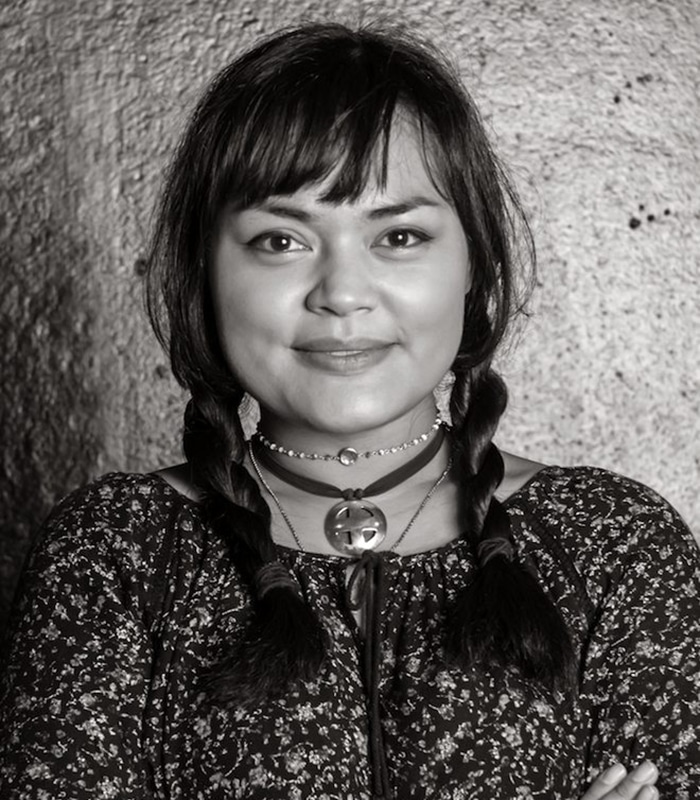 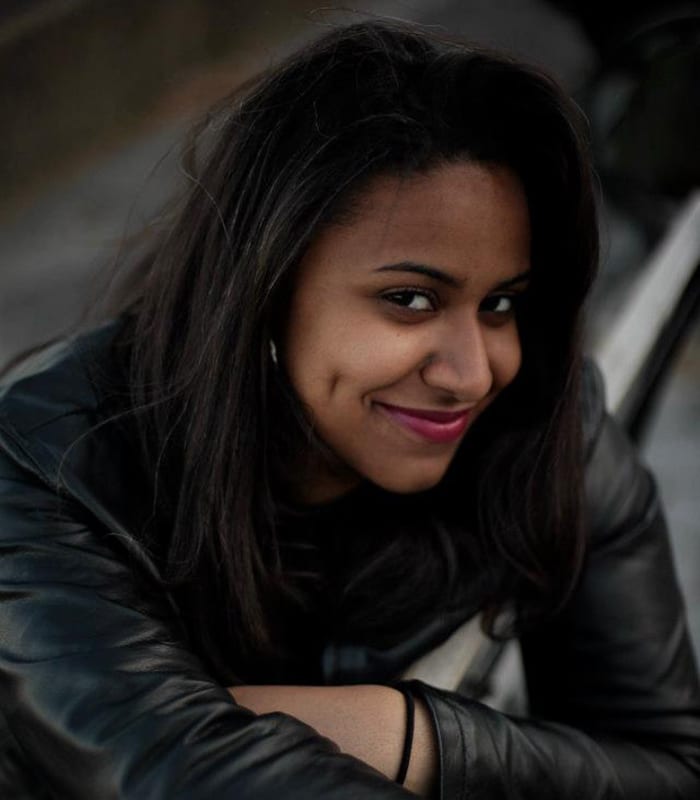 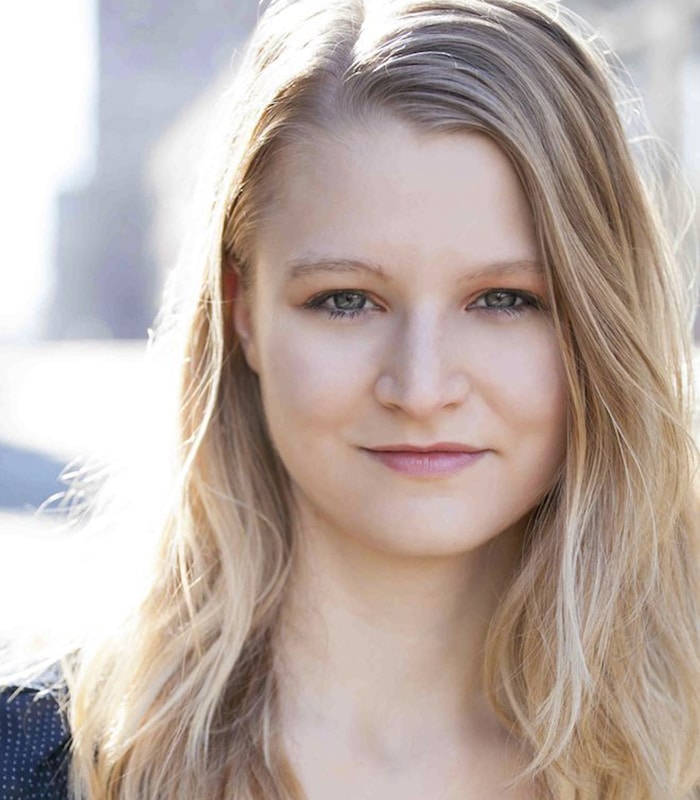 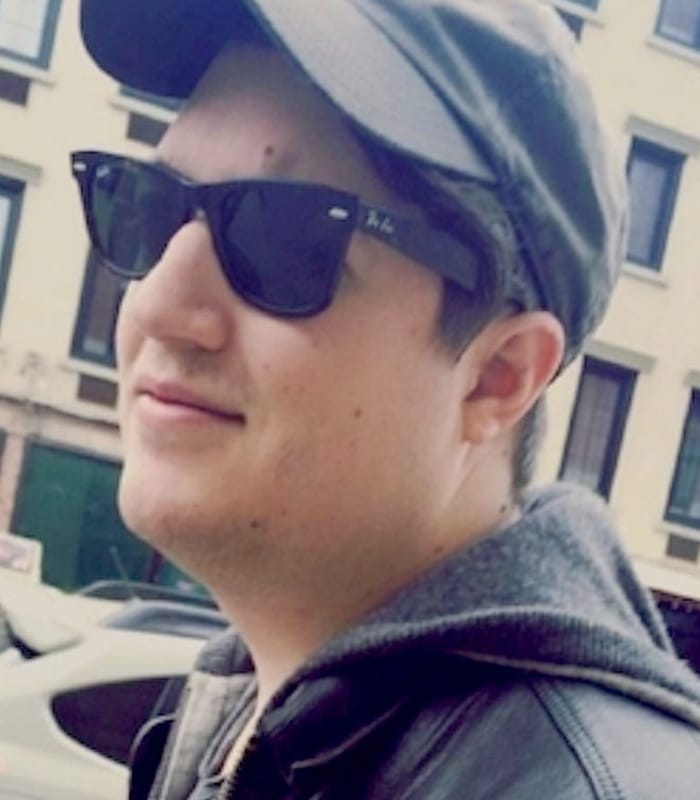 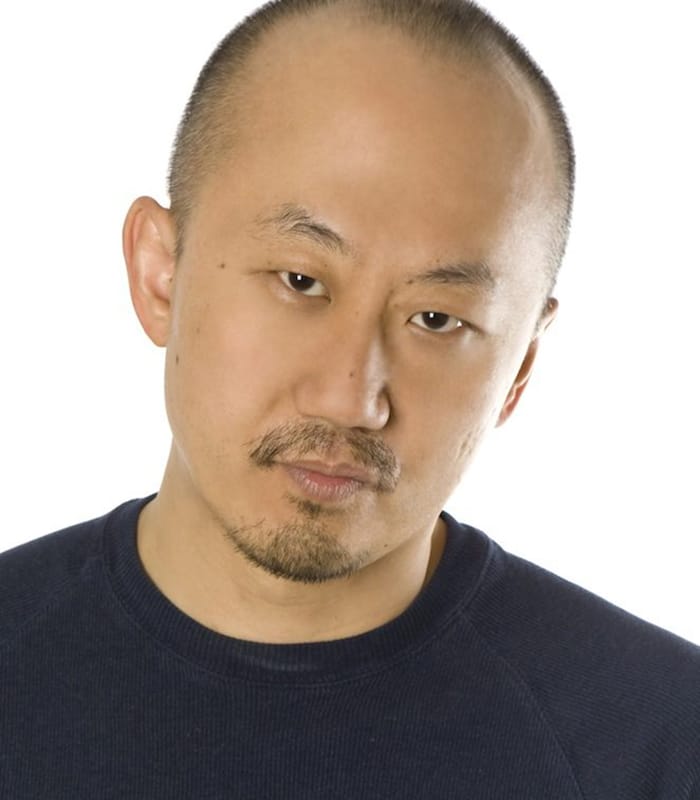 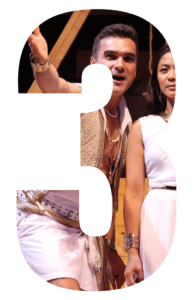 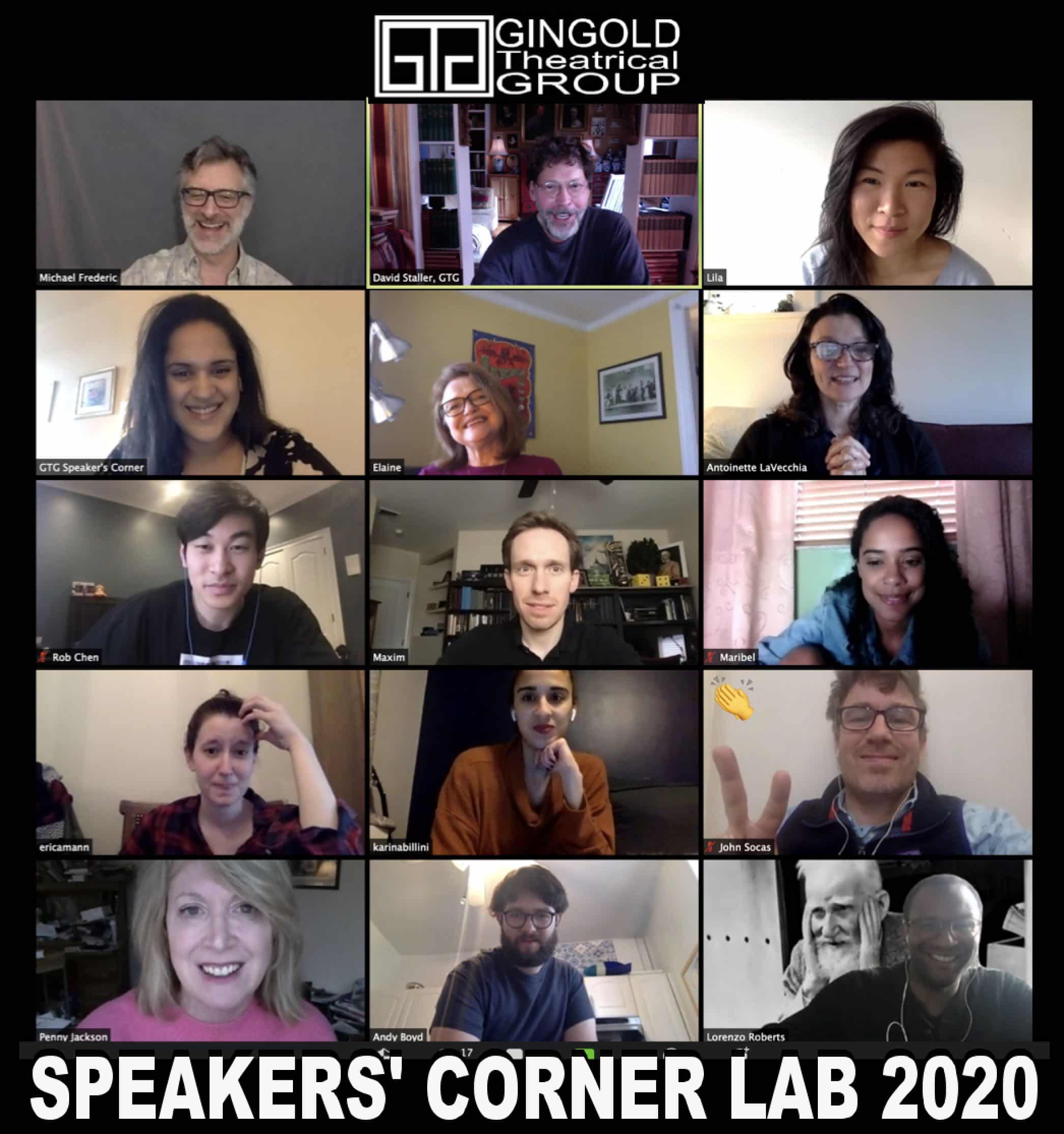 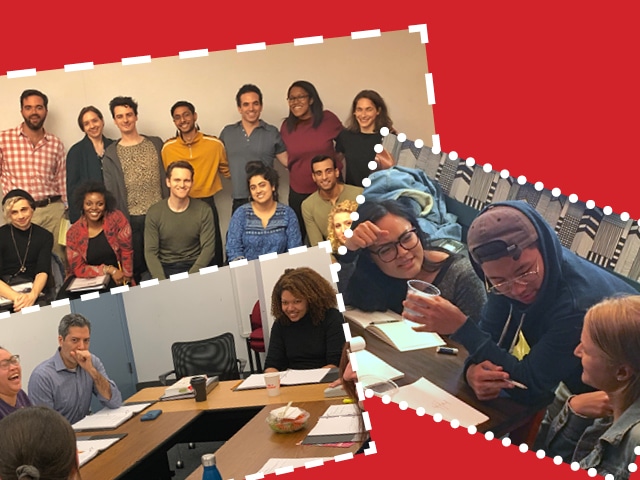 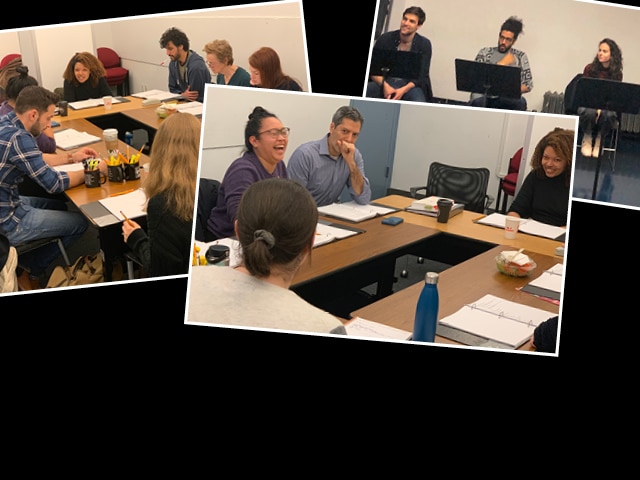 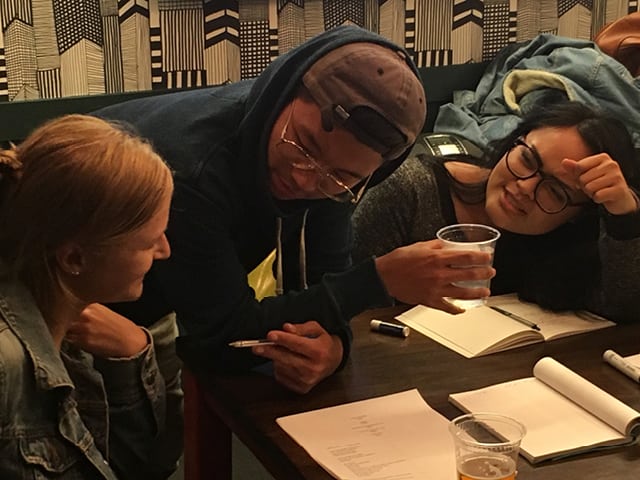 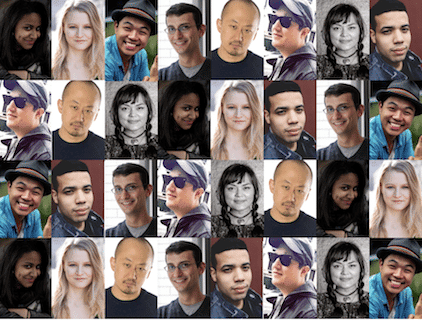 Kate Douglas (she/her) is a writer, composer and performer. Recent work includes The Ninth Hour, her operetta with Shayfer James at The Met Cloisters (the first performance of its kind in the Fuentidueña Chapel), her immersive play Extinct (produced with support from a LMCC Engagement Grant) and her audio experience Dandelion Story, which received an Honorable Mention from SPACE on Ryder Farm’s CSArt Program. Her work has been developed at The Orchard Project, New Victory Theater, The Civilians R&D Group, SPACE on Ryder Farm, Rhinebeck Musicals and the Writer’s Colony at Goodspeed. She is a Dramatists Guild Fellow and a current member of The Orchard Project Greenhouse. As a complement to her artistic practice, she is a student of herbalism, horticulture and biodynamic craniosacral therapy. www.kate-douglas.com

Aeneas Sagar Hemphill (he/him) is an Indian-American playwright and screenwriter based in NYC and DC. Weaving through many genres, his work builds new worlds to illuminate our own, investigating the ghosts that haunt our lives and communities with passion, pathos, and humor. He was a 2019 Resident Artist with Monson Arts Center and 2017-2018 Playlab fellow at Pipeline Theatre, as well as semi-finalist for the 2019 Princess Grace Award, semi-finalist for the 2019 Mabou Mines Resident Artist Program, and finalist for the 2017 Many Voices Fellowship. His plays include: Black Hollow (Argo Collective, Dreamscape Theatre), The Troll King (Pipeline), Childhood Songs (Monson Arts), The Republic of Janet & Arthur (Amios), The Red Balloon (Noor Theatre), A Stitch Here or There (DarkHorse Dramatists, Slingshot Theatre), A Horse and a Housecat (Slingshot Theatre). MFA Playwriting, Columbia University.

Marcus Scott (he/him) is a playwright and journalist.

Seth McNeill (he/him) is a New York City based playwright and theatre artist. His plays include Bastard (Dixon Place, Last Frontier Theatre Conference, Up Theater Company), we’re all athletes (Amios First Draughts, Samuel French OOB Festival), and Natchetoches (Fresh Ground Pepper, Hambidge Center, JookMS). Other plays have been presented or developed with Fresh Ground Pepper, Amios NYC, Exquisite Corpse, The Barrow Group, Primary Stages, TinyRhino, The Secret Theatre, and Rule of 7×7, and he has been a semifinalist for the Shakespeare’s New Contemporaries Prize and Primary Stages ESPA Drills. As a script reader and dramaturg he has worked with Theatre for a New Audience, the American Shakespeare Center, the Hambidge Center, and The Farm Theater, and he is a two-time recipient of the Vera Mowry Roberts Fellowship. Member of the Dramatists Guild. Education: Masters from Hunter College. Teaching: Hunter College. www.sethmcneill.com

Sophie Sagan-Gutherz (they/them) is a NYC based writer, actor and singer. Their first full-length play Marked Green at Birth, Marked Female at Birth has been supported by Pride Plays (Rattlestick), the Williamstown Theatre Festival and the Tribe Theatre Company. They’ve written a monologue with the 24 Hour Play Festival (performed by Lea DeLaria) and have devised and performed a 10 minute solo piece Disability & Celebrity Culture (Am I Write Ladies?). They have been a finalist for the Emerging Writers Group (The Public) as well as a semi-finalist for The R&D Group (The Civilians) & PlaySpace (Pipeline Theatre Company). BFA: NYU Tisch in Drama with an Honors Thesis in Theatre Studies. sophiesagangutherz.com

Karina Billini is a Dominican-American playwright, poet, and teaching artist from Brooklyn. She began playwriting at the age of 15 where her first play, Hidden Poetry, was recognized by NYC Young Playwrights. Karina completed her undergraduate degree in playwriting at Marymount Manhattan College (2011) and received her MFA in Playwriting from The New School for Drama (2018). She is a proud member of the Ensemble Studio Theatre’s Youngblood group. She was a recent finalist for the NYTW 2050 fellowship and Lark’s New Voices Fellowship.  Her play, 2144 South St, was a recent finalist for Barrington Stage’s Bonnie and Terry Burman New Play Award. Her play, Faded, was a recent finalist for the Alliance/Kendeda National Graduate Playwriting Competition (2019). This work along with other plays have been workshopped and/or produced at Williamstown Theatre Festival, Cherry Lane Theatre, Secret Theatre, Modern Day Griot Theatre Co., among others. Her poetry has been published in Burningword Magazine, Huizache Magazines, scissor & spackle, among others.

Andy J. Boyd is the recipient of the the Phyllis Anderson Prize from The American Repertory Theatre for his play, Acres of Diamonds; a Rhode Island State Council for the Arts grant for She Shall be Praised, and an award from Columbia@Roundabout for Os Confederados.  His plays, which include these as well as Affordable Rates and Color TV, River Rouge, The Trade Federation, The Terrifying Tale of the Brothers Grimm, and Yesterday Was Beautiful, have been produced at theatres including the Lenfest Center for the Arts, Epic Theatre Company, Artist’s Exchange, Contemporary Theatre Company of Rhode Island, and others.  Andy received his MFA from Columbia School for the Arts, his BA from Harvard University, and was a visiting artist at the Shanghai Theatre Academy.

Penny Jackson is the recipient of many writing awards including a MacDowell Colony Fellowship, The Pushcart Prize, a Mirrellies Fellowship from Stanford University and The Elizabeth Janeway Prize. Penny’s play about gun violence, Before, was chosen as one of the best plays in 2016 by Applause Books. Penny is a member of The Playwrights/Directors’ Unit at The Actors Studio, and is a resident playwright of the A.R.T/New York theater company NYMadness. Her plays have been produced in New York City, Los Angeles, Edinburgh and Dublin. Member of The Dramatists Guild and The League of Professional Theatre Women. www.pennybrandtjackson.com

Stefani Kuo (郭佳怡) is a native of Hong Kong and received her B.A. from Yale. She is a playwright, poet, and performer. Her play, Architecture of Rain, premiered at the Iseman Theatre at Yale and received a reading in the DVRF Roundtable and Checkmark Theatre Company series. She is currently a member of the writers group Interstate 73 with Page 73, and is a 2019 finalist for the National Playwrights Conference, NAP Series, semi-finalist for the Princess Grace Playwriting Fellowship, and 2018 finalist for the Jerome Fellowship at the Playwrights Centre, the Van Lier New Voices Fellowship, the DVRF Playwrights’ Program, and semi-finalist for SPACE on Ryder Farm, and the Ground Floor at Berkeley Rep. Her play delicacy of a puffin heart was recently produced as part of the 2018 Corkscrew Theatre Festival and The Parsnip Ship. (www.stefanikuo.com)

Erica Mann is a Queens-based playwright and screenwriter. She was a semi-finalist for a Lila Acheson Wallace Playwriting Fellowship, and her play DITMAS PARK received special consideration from the subcommittee of readers at the American Playwriting Foundation for the 2018 Relentless Award. Her play, PROCEED TO HIGHLIGHTED ROUTE, will receive a developmental production at the Acadiana Repertory Theatre in Lafayette, Louisiana in December 2019. She is a member of Pipeline Playlab’s Class of 2020 and her play CARM will be featured in The Bechdel Group’s Fall 2019 Reading Series. MFA in Playwriting from The New School, 2018.

Frank Murdocco is a New York-Based writer and performer. His first play, The Public and Private Deaths of Carol O’Grady, a solo piece which he also performed, had its New York City Premiere in the 2018 New York International Fringe Festival before moving Off-Broadway to HERE Arts Center. In 2018, he graduated from Stony Brook University with a BA in Theatre Arts, where he received The Chair’s Award for Outstanding Achievements as a Theatre Practitioner. @frankmurdocco, www.frankmurdocco.com

Lorenzo Roberts is a Playwright and Performer from New York by way of the Carolinas. He was a member of the 2018 Greenhouse Residency at SPACE on Ryder Farm. Plays include HELLYOUTALMBOUT, The Many Lives of Antonio Jermaine, and A Play About Love. He has acted both regionally and internationally. He is a member of ACT Theater’s Inaugural Core Company. He holds a BFA in Acting from the University of North Carolina School of the Arts.

John Socas received his MFA at the National Theatre Conservatory and PhD. at New York University. His creative work has been seen at Lincoln Center, the Lamb’s Theatre, Soho Rep, Jacob’s Pillow, the Guggenheim Museum, PS 122, George Street Playhouse, Denver Center for the Performing Arts, Hartford Stage and internationally at the We Love Dance Festival in Japan and the Edinburgh Fringe Festival in Scotland. He’s been awarded the Spirit of the Fringe Award and the John Golden Incentive Award for playwriting. John uses playwriting to advance literacy in impoverished communities in Tanzania, Kenya, and India through a not-for-profit he co-founded and directs, Global Empowerment Theatre.