THIS EVENT IS OVER!
WERE YOU WITH US?
LET US HEAR FROM YOU!

An International Team of Actors, Directors, Scholars, and Historians Will Explore the Distinctly Shavian Issues and How They Relate to Our Lives Today. …FREE!!!

IT WAS ONE NIGHT ONLY:
Monday November 15th (7pm) at the Leonard Nimoy Thalia Theater at Symphony Space
FREE!!!

WE HAD A GREAT TIME!
Make sure you’re on our mailing list for alerts to upcoming events!

They Will Explore the Distinctly Shavian Issues and How They Relate to Our Lives Today.

Gingold Theatrical Group (David Staller, Artistic Director) is proud to continue GTG’s 16th Season of a with their annual special evenings of community events that embrace human rights and free speech. All of GTG’s programming, inspired by the works of George Bernard Shaw, are designed to provoke peaceful discussion and activism.

“To complement our production of Shaw’s epic and rarely seen MRS. WARREN’S PROFESSION, we will bring you an international team of actors, directors, scholars, and historians to explore the distinctly Shavian issues addressed in this play and how they relate to our lives in the present. Though it’s not necessary to have seen our production (click for more information https://gingoldgroup.org/mrs-warrens-profession/we strongly recommend it! Not only as a reference, but for the entertainment value of a play you’ve probably never seen mounted in New York City!” said David Staller. Tickets for this special event are FREE! Reservations and proof of vaccination are required!

Now celebrating its 16th year, Gingold Theatrical Group’s Project Shaw made history in 2009 as the first company ever to present performances of every one of Shaw’s 65 plays (including full-length works, one-acts and sketches). Since 2013, they also present works by writers who share Shaw’s activist socio-political views embracing human rights and free speech, including work by Chekhov, Ibsen, Elizabeth Robins, Rachel Crothers, Pinero, Wilde, Barrie, and Harley Granville-Barker. GTG’s other programs include its new play development and educational programs. For those interested in lively off-site discourses, each Project Shaw event is followed by a talk-back with cast members. GTG’s David Staller and Stephen Brown-Fried also host a monthly Shaw Club discussion group. 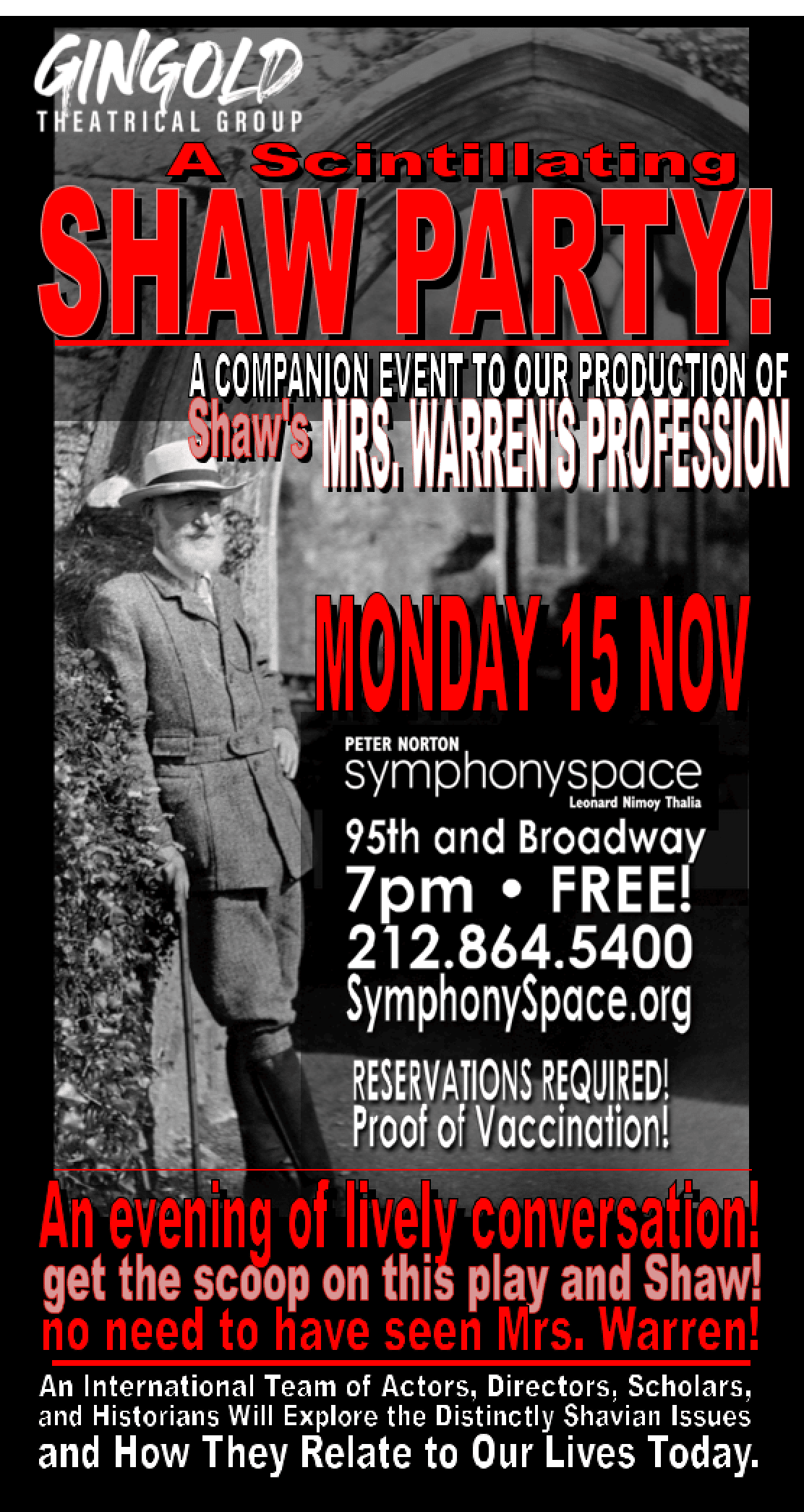