Coined “New York’s monthly guide to reason,” Project Shaw presents monthly readings of plays by George Bernard Shaw as well as plays that either influenced or were influenced by Shaw, or that share Shaw’s advocacy of human rights and the freedom of speech.

Each play is performed by an all-star cast composed of some of New York’s finest actors, and is presented in a concert-reading format at the arts-hub of New York’s Upper West Side, Symphony Space.

In 2009, Project Shaw made GTG the first group ever to present performances of every one of Shaw’s plays, as well as every sketch, full-length, and one-act play he ever wrote – and all to sold out houses!  More than 60 of Shaw’s plays — many never before seen in New York or anywhere in the United States — have delighted our audiences.

Starting in 2017, each season of Project Shaw has focused on a particular theme.  The 2017 season, Women Take The Stage, celebrates the hundredth anniversary of women gaining the right to vote with plays that either explore women’s rights, or celebrate some of Shaw’s most indomitable women.

These are all unique script-in-hand performances. 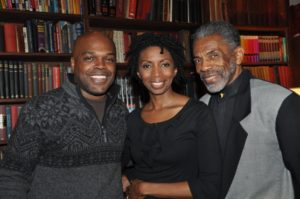 All plays in this series are presented in a concert-reading format at the Leonard Nimoy Thalia Theater at Symphony Space, 2537 Broadway @ 95th Street with the exception of the April 20 Shaw Songs @ The Players, which will be held at The Players Club, 16 Gramercy Park South.

All readings begin at 7 p.m.
All titles are subject to change.

Project Shaw is supported, in part, by public funds from the New York City Department of Cultural Affairs in partnership with the City Council

On the Monday evening following every Project Shaw reading, GTG hosts a lively and broad-based discussion on the play’s themes. All participants are emailed a copy of the play ahead of time, though no preparation is required.  All are welcome to come enjoy thoughtful conversation, ask questions, and socialize. No admission fee is required, though a suggested donation of any amount is greatly appreciated.