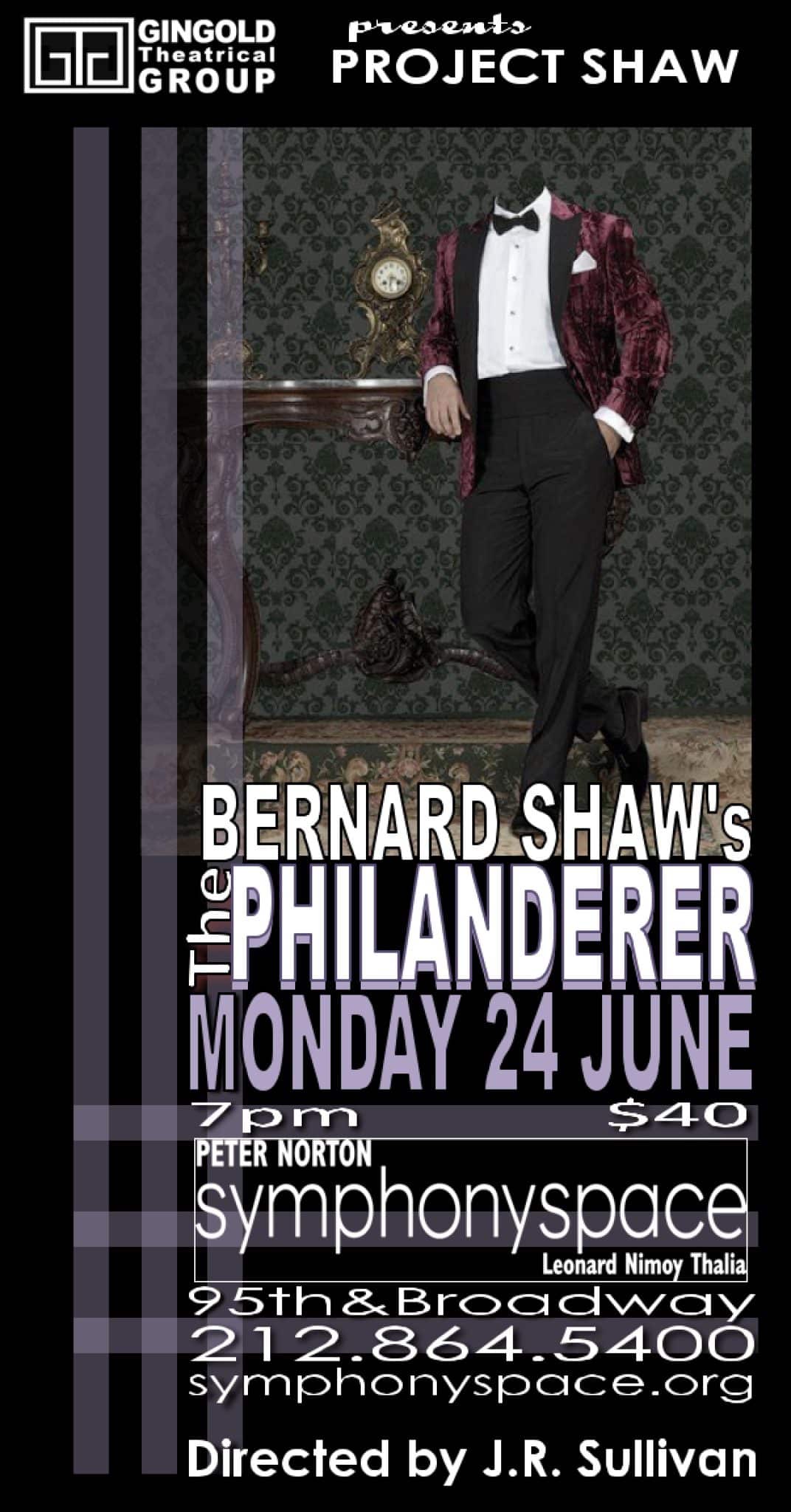 THE PHILANDERER is a wickedly witty comedy. The play follows a day in the life of a roguish gentleman doing his best to avoid making a meaningful connection to either of the two women who may or may not actually want him to. In The Philanderer, Shaw takes on most of the classic Shavian issues: questioning societal expectations, sex, relationships, sense of self, science, religion, politics, and even a riotous look at Ibsen!

“This is only Shaw’s second completed play,” according to David Staller, “but he was already finding ways to tackle every issue you can imagine in the most entertaining of ways. Comedy, he reasoned, gave him permission to dive into topics rarely if ever dealt with on the stage up to that point. This is a rare opportunity to share a play that even many of the most devoted Shaw fans have never seen!”