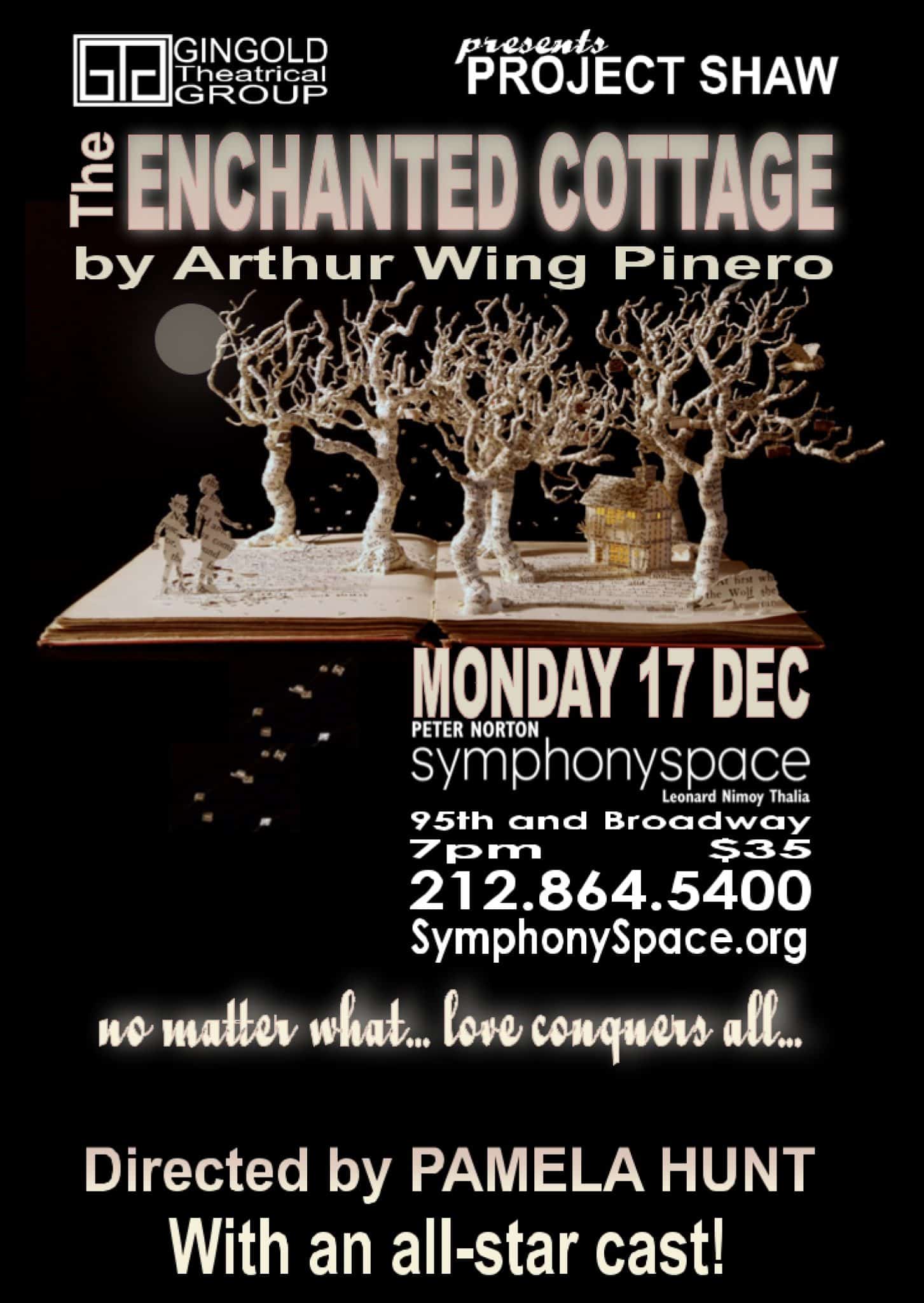 The Enchanted Cottage, from  1921, is by the prolific and now nearly forgotten English playwright, Sir Arthur Wing Pinero.

Socialite Oliver Bradshaw returns home from WWI disfigured by war wounds and convinced that no-one will ever accept as he now is. He hides from the world, taking a secluded cottage overseen by a mysterious housekeeper. Laura Pennington, a painfully shy young woman from the village comes  to look after Oliver. The two begin developing feelings for each other and ultimately fall in love. After they marry, they discover the enchantment of the cottage has the power to transform. Now remembered mostly from the highly successful 1945 film, this charmingly romantic story reminds us that love has power and magic in it.

We’re delighted to have the remarkable PAMELA HUNT on board to direct this charming and rarely seen gem.

“This time of year has a potent magic all its own. It’s a time of reflection, hope, and faith. This play winningly reminds us how vitally important it is to believe in the power of love in all its many colors, and of the human need to share it,” according to David Staller.

Pamela Hunt says: “As a director, I am delighted to helm this remarkable, heartwarming, fantasy play by Sir Arthur Wing Pinero. I was drawn to it by remembering the touching movie from 1945. The play proves the famous saying “If beauty is in the eye of the beholder, then the person observing gets to decide what is beautiful”.