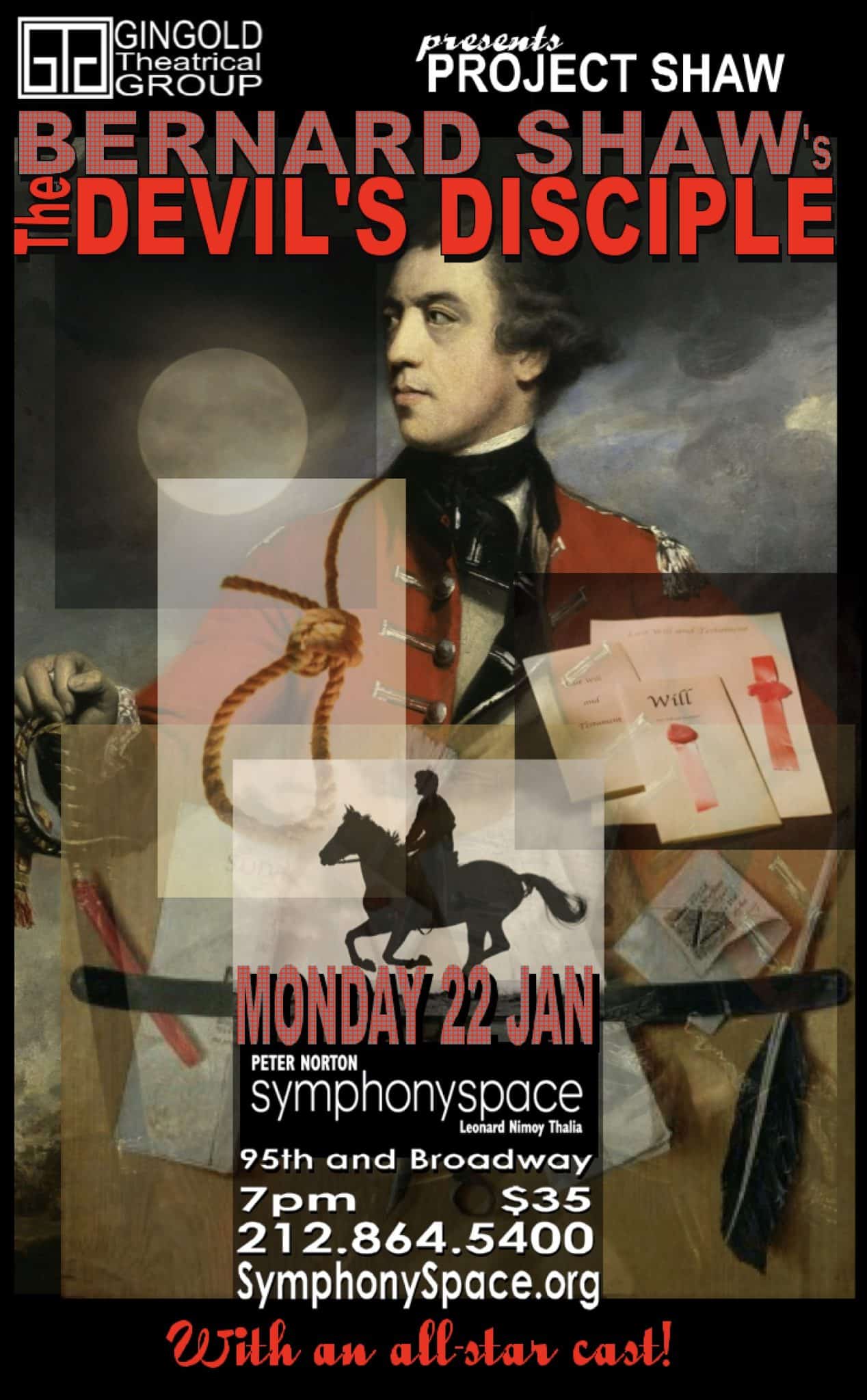 THIS EVENT IS CURRENTLY SOLD OUT.

The Devil’s Disciple, written in 1896, is Bernard Shaw’s classic comedy that weaves a story around the unlikely backdrop of the American Revolution! Some of Shaw’s most entertainingly iconographic characters fill out this tale of revolt: of one country against another as well as of the inexhaustible battle of the human spirit — how we choose to create and define ourselves in the face of societal expectations. In this play, we find ourselves in a 1777 New Hampshire village where Dick Dudgeon opens his heart to life. Along the way, everyone goes through profound changes of discovery, hope and strength.

The action of the play takes place in the town of Websterbridge, New Hampshire in the year 1777 during the American War of Independence.
ACT I: In Mrs Dudgeon’s Farm Kitchen. Morning.
ACT II: In Minister Anderson’s House. Evening.
ACT III:
Scene 1: A Waiting-room in the Town Hall. Next Morning.
Scene 2: The Council Chamber.
Scene 3: The Market-place.

“This is the irreverent comedy that finally brought Shaw fame as a playwright, and how appropriate this sudden success should have happened right here in New York City. Shaw’s inspiration was the American War of Independence from the British. Our struggle against Empirical rule was of natural interest to the Irish Shaw, an activist for human rights and free speech. The play was a sensational hit on Broadway in 1897. It remains one of his most vital and insightful comedies and perfectly embraces our theme for 2018: ‘The Power of Persistence, a theatrical survival guide’.”  — David Staller