On Approval (by Frederick Lonsdale) 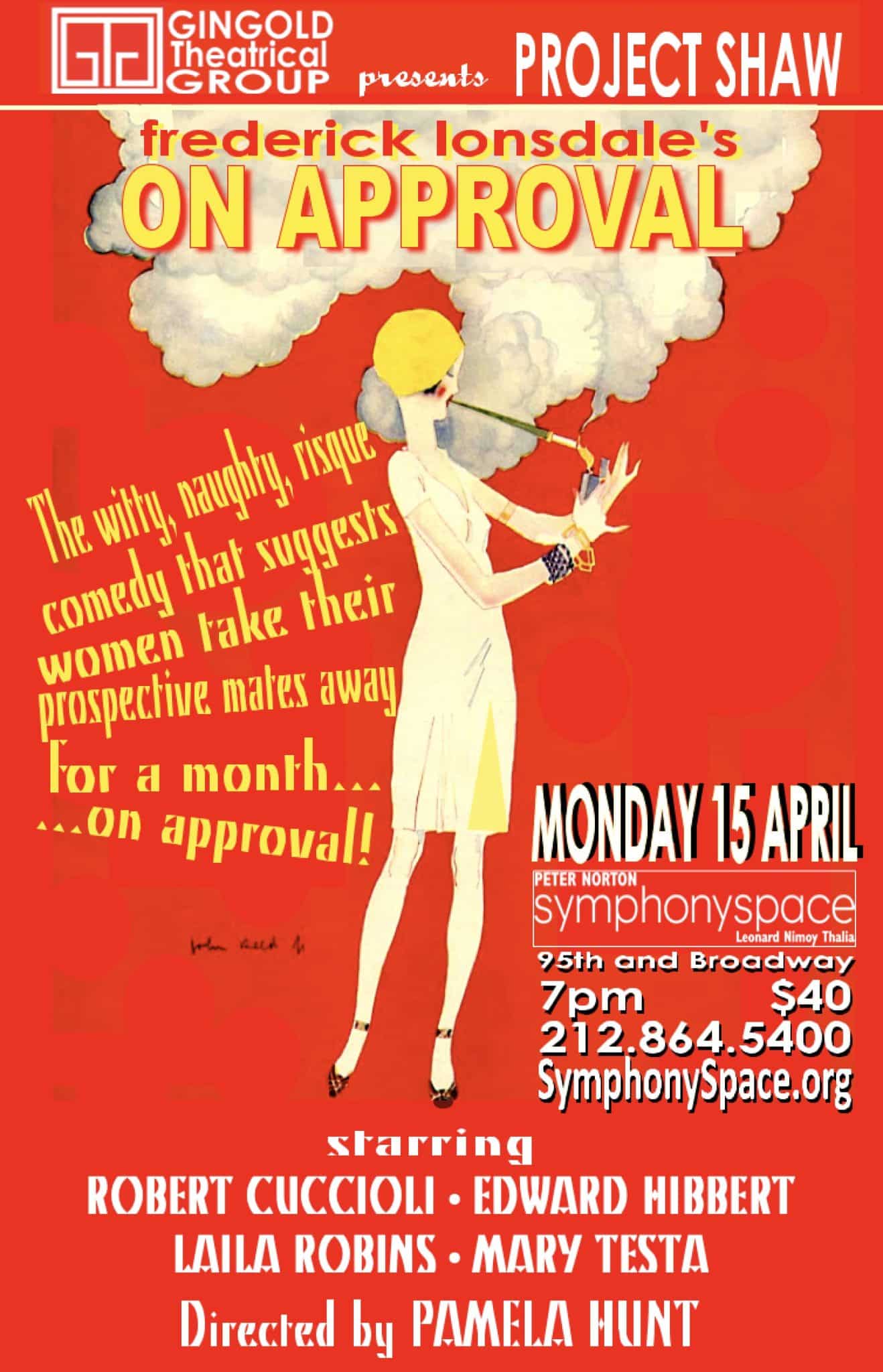 ON APPROVAL by Frederick Lonsdale.
This sparkling four-character comedy is a riot and one we’re very much looking forward to sharing! The exacting and difficult Maria Wislack is a widow who decides to take timid Richard Halton away to her Scottish island for a month’s trial “on approval” to see if he is compatible as a possible marriage partner. The egotistical and difficult Duke of Bristol (who is in dangerous financial straits) contrives to be there as well. Helen, the astonishingly wealthy heiress, also arrives. Madness ensues as circumstances force all four of them to stay on the island for the month. This rarely seen comedy by one of the forgotten British Masters is sure to tickle you. It’s a comedy about sex roles, society, class systems, and high finance…a perfect way to celebrate tax day!

ON APPROVAL by Frederick Lonsdale (1881-1954) caused quite a sensation in its day. People were eager to forget the horrors of World War I and the 1920s became the Decade of Youth. After the decimation of an entire generation of young men, the disillusioned 20-somethings of the 20s seemed determined to not let their elders lead them any further toward the dark side. It became the Jazz Age, and women’s’ rights became a major socio-political issue. This play bounces off the premise of two unmarried couples larking away for a month in Scotland. That, in itself, wasn’t as shocking as the notion that the plot was driven by a woman wanting to take a man away ‘on approval’ before subjecting herself to marriage.

Frederick Lonsdale may be unknown to you, but he was a brilliant celebrity in his day. He was extremely social and very much enjoyed the high life in London’s high society. His two plays written just before this one, Aren’t We All and The Last of Mrs. Cheyney also featured particularly headstrong women and were huge hits. Though some of his plays were filmed (most notably Mrs Cheney with Joan Crawford) his popularity waned during the second World War. He became known, most notably, for his grandsons, the actors Edward and James Fox, and the film producer, Robert Fox.

This play was introduced to me by our company’s name-sake, my godmother Hermione Gingold, who knew Mr. Lonsdale very well and had always longed to perform in his plays. She described him as “aside from darling Noël Coward (with whom she had begun her career when still a child) Lonsdale was the best-dressed man in London…and the most charming.”–David Staller