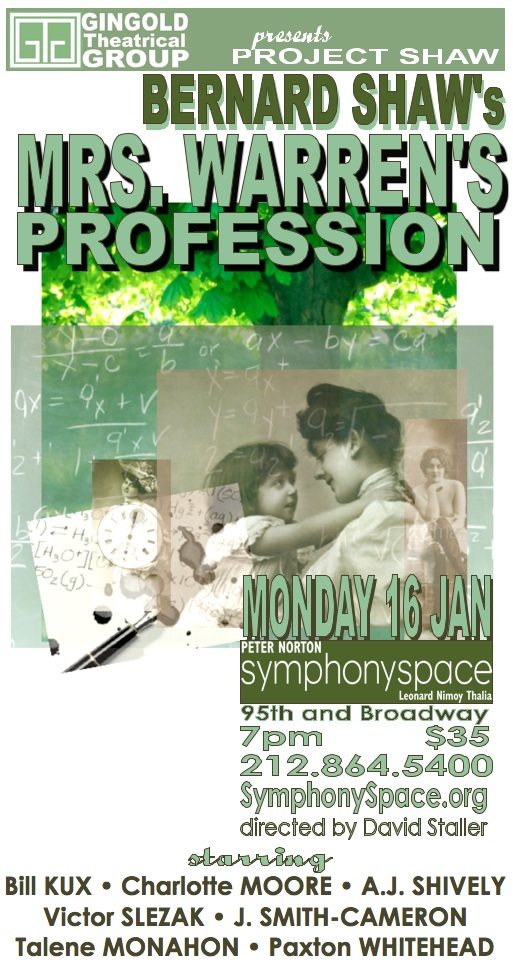 When Shaw completed Mrs. Warren’s Profession in 1893, it was censored for eight years. When it was finally produced, the public was outraged by its controversial content. Reviewers overwhelmingly condemned the play as immoral, citing its focus on prostitution and incest. Today, however, the play is applauded for its astute view of the corruption at the heart of Victorian society. The play centers on Mrs. Warren, who, forced by the economic realities of nineteenth century London, becomes a prostitute and later runs several successful brothels. Through her characterization, Shaw exposes the corruption and hypocrisy of the “genteel” class. He also explores the personal consequences of such a profession as Mrs. Warren struggles to gain the respect and love of her daughter after she discovers the truth about her mother. Modern audiences admire the play’s artistry as well as its subject since, as Shaw notes in his “Apology,” “Mrs. Warren’s defence of herself and indictment of society is the thing that most needs saying.”

This is the play that, when it debuted in New York City in 1905, the entire cast was arrested on opening night!

ACT 1
Scene One: The Garden of Vivie Warren’s Holiday Cottage at Haslemere.
Scene Two: Inside the Cottage.