I’ll Leave It To You (by Noel Coward) 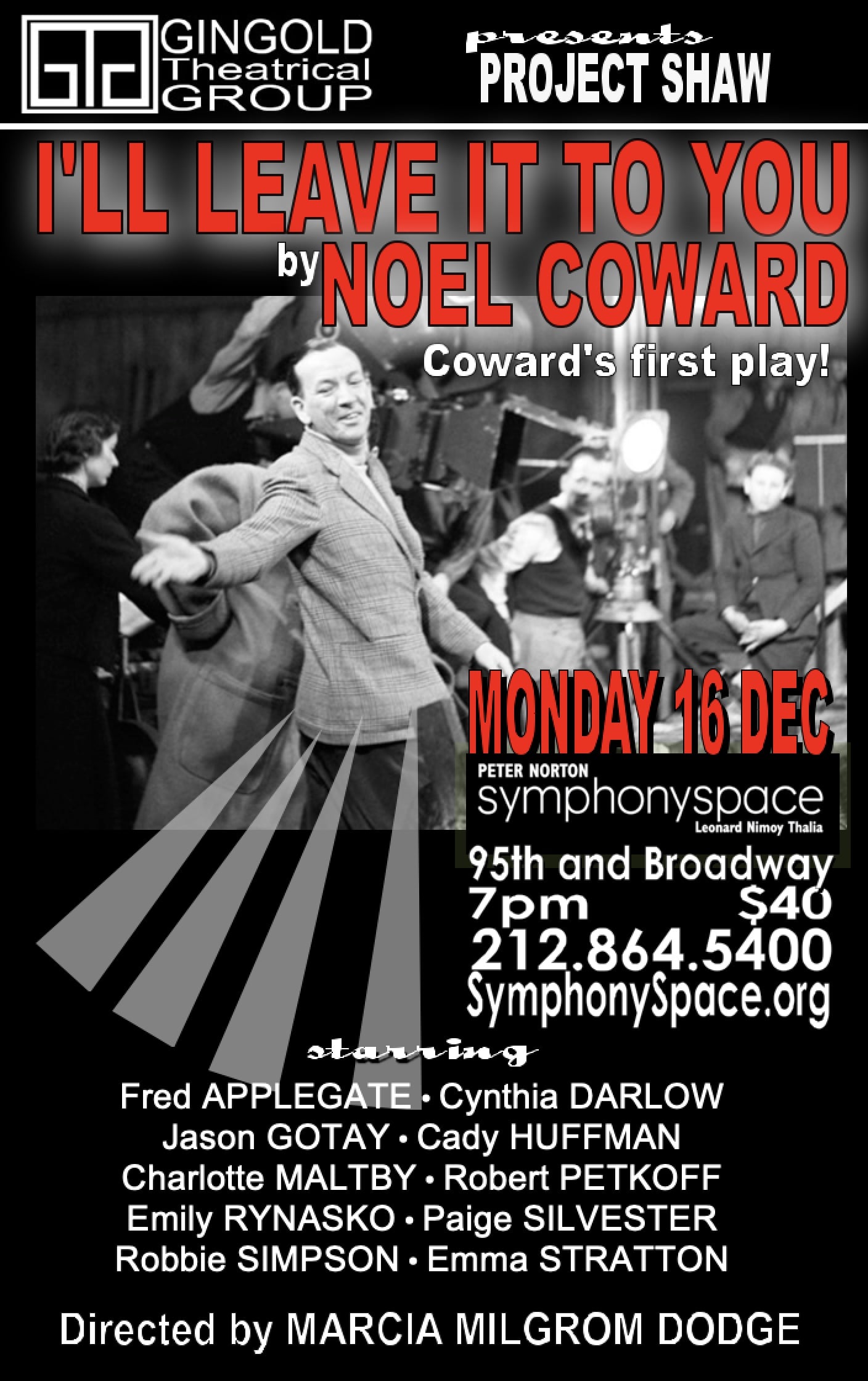 I’LL LEAVE IT TO YOU.  Coward was greatly inspired by Shaw and was determined to become the ‘new Shaw’. He arranged a meeting with G.B.S. who set him straight with “I’m already taken. Be yourself!” Coward took this heady advice to heart, and proceeded to create the Noel Coward we all know and love today. A splendid reminder that we all have our own unique perspective on life and we must always proudly embrace it. This light and sparkling comedy is the perfect antidote to holiday angst! It’s Coward’s 120th birthday so we’ll celebrate where it all began.

THE PLAY: Left a widow with five grown up children, Mrs. Dermot turns to brother Dan for help. Uncle Dan arrives to find an idle family ready to live on his money. He announces that he is doomed to die in three years and that he will leave his money to the member of the family who has made good by then. Each sets to with such determination that Oliver becomes a successful inventor, Evangeline a novelist, Bobbie a composer and Sylvia a film star; even Joyce, finishing her school career, distinguishes herself. Now he tells the family his riches are a myth and his previous announcement was only a means to raise the family from lethargy. Sylvia alone sees Uncle Dan’s wisdom and berates the others for their narrow minded attitude. At heart, they are all genuinely attached to the wily uncle.

Noel Coward’s first play may be a new discovery for you, but it’s certainly time it was brought back into the light. Coward was determined to make his way in the world and, inspired by the work of Shaw, he dashed out this charming comedy from 1920 and immediately sent it to G.B.S. The advice the young Coward received stayed with him for the rest of your life. “Be yourself,” Shaw advised, “everyone else it already taken.” And from then on Coward resolved to be the most singular individual he ever met. With this play, he takes his first bold step into becoming the unique and celebrated artist we all know and love. — David Staller