Back to Methuselah (Part Two) 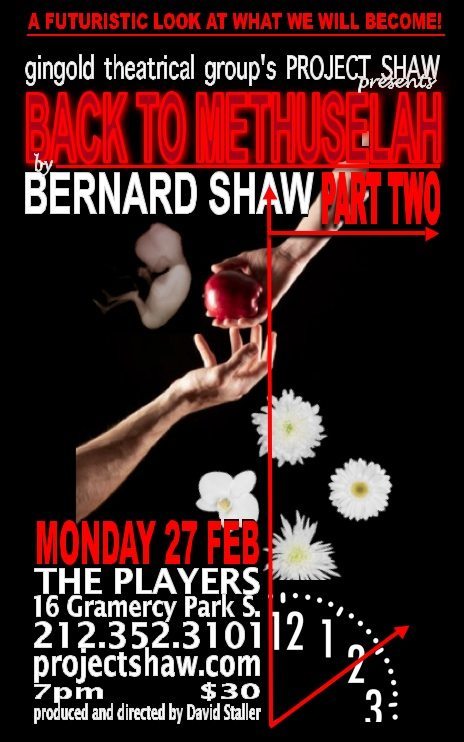 Starting with Adam, Eve and The Serpent in the Garden of Eden, this rollicking play speeds through several thousands of years of human history – past, present and future. Part Two, which consists of two plays which are completely independent of Part One, begins in the year 3000 and takes us, finally, to the year 31,920! People have begun to be born out of eggs, fully formed, and live to be more than 300 years old. The question is if the extra time actually makes a difference the way people live, learn, love and contribute.

The second half of this epic play. You won’t need to have seen the first half to fully enjoy the joyous experience!