Why She Would Not & The Gadfly

Why She Would Not (1950): A Comedietta that Shaw never finished. Five writers will each offer their version of the final scene. We’ll do them all! Our writers supplying our final scenes were Israel Horovitz, David Cote, Michael Feingold, Jeremy McCarter and Robert Simonson.

The Gadfly, ‘Or the Son of the Cardinal’ (1897): An adaptation from an absurd little novel by a peculiar little woman named Ethel Voynich. She wrote it as a melodramatic tear-jerker. Shaw’s play turns it into an extreme comedy, clearly meant to be a parody of melodrama.

Cast for WHY SHE WOULD NOT:

Cast for THE GADFLY: 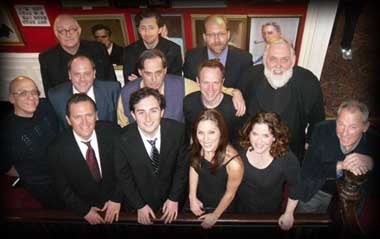