The Dark Lady of the Sonnets (1910): Shaw creates a scenario where we actually see the young Shakespeare planning a rendezvous with the legendary ‘Dark Lady’ who so inspired him, and finds himself face to face with none other than Queen Elizabeth I.

Shakes vs. Shav (1949): Shaw pits himself against Shakespeare by pulling out the big guns: the two men conjure up some of their most famous of creations to do battle against each other.

Cymbeline Refinished (1937): Shaw decides to re-write the final scene of one of Shakespeare’s most confusing of plays. In this version, all characters will be played with virtuosic transformation by two actors!

Cast for THE DARK LADY OF THE SONNETS:

Cast for SHAKES VS. SHAV: 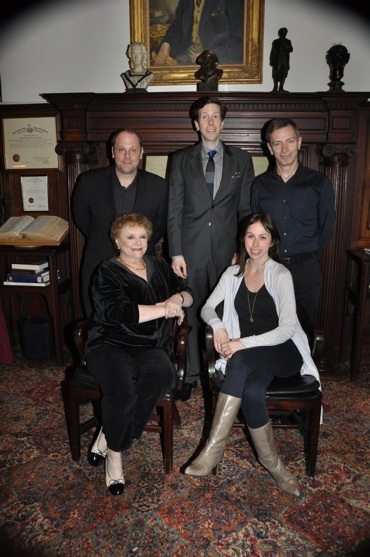