The Music Cure (1914): A neurotic young aristocrat is on the verge of a nervous breakdown. There’s no relief even after his family doctor administers opium. His tempestuous nature is challenged by the appearence of a world-famous pianist who opens his horizons in ways he’d never dreamed possible.

Interlude at the Playhouse (1907): It’s opening night at a grand new playhouse in London. The theatre manager/star of the evening is scheduled to make a speech but he’s simply not up to it. Luckily, his put-upon wife is there to put the audience in the right mood and save the day.

The King, The Constitution, and The Lady (1936): This unpublished play was originally seen in London’s EVENING STANDARD. The then king, Edward VIII, was threatening abdication should he not be allowed to marry “the woman he loves,” Wallis Simpson. The play imagines a secret meeting between the King, the Prime Minister, and the Archbishop.

Cast for all one-acts: 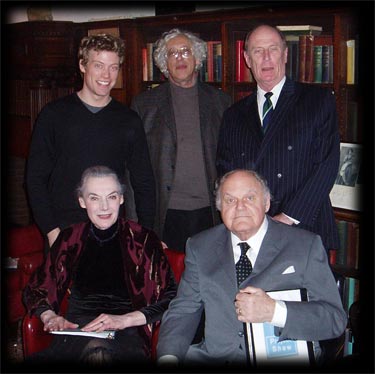