Professor of phonetics, Henry Higgins, makes a bet that he can train a bedraggled Cockney flower girl, Eliza Dolittle, to pass for a duchess at an ambassador’s garden party by teaching her to assume a veneer of gentility, the most important element of which, he believes, is impeccable speech. This play is a sharp lampoon of the rigid British class system of the day and a comment on women’s independ, packaged as a romantic comedy.

Written by George Bernard Shaw in 1912.

This the first PROJECT SHAW reading in which producer and director David Staller appeared! 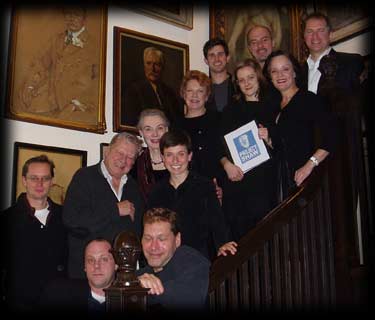 The Cast of Pygmalion