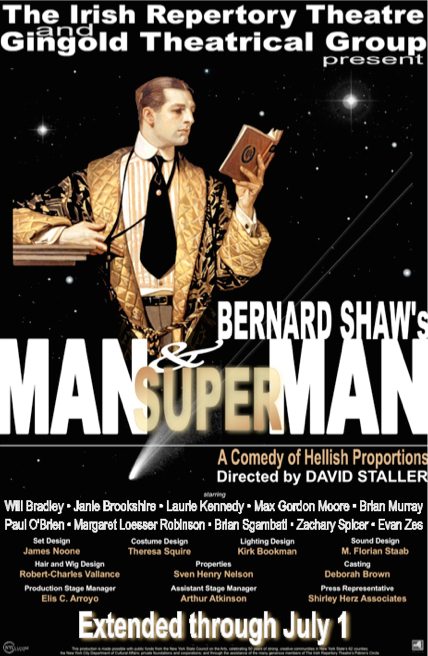 MAN AND SUPERMAN is generally considered to be one of Shaw’s comedic masterpieces. The story involves the simple premise of a man, Jack Tanner, determined not to marry his ward, Ann Whitefield, who is equally determined to land him. Ann chases Jack from London, across the channel, into the mountains of Spain, and even to Hell and back (in the famous dream act, DON JUAN IN HELL). The play had not been given a production in New York since an off-Broadway revival in 1988.

David Staller directed his adaptation of MAN AND SUPERMAN, which includes the rarely seen dream sequence known as ‘Don Juan in Hell.’

“[A] SPARKLING REVIVAL… Mr. Moore’s agitation adds a vivid animus that this often talky play requires, and his performance illustrates what makes this staging, produced with Gingold Theatrical Group, so winning. For years Mr. Staller hosted Project Shaw, readings at the Players Club in Gramercy Park, and his fluency is apparent. In addition to his uniformly charming cast, he has enlisted ace technical contributors. IN ITS INTELLECTUAL ENERGY AND EXHILARATING VIVACITY, THIS PRODUCTION HONORS SHAW’s life force as well.” – New York Times

“A WHALE OF A GOOD TIME. Extremely well acted… and STAGED WITH PROPULSIVE COMIC FORCE. Mr. Staller, who runs New York’s Shaw Project and may know more about Shaw’s theatrical work than anybody in America, has chosen to compress the entire play, including the “Don Juan in Hell” scene, in the hope of preserving its essence while reducing its scale. Insofar as such a thing can be done, he’s done it, and the result is a performing version of “Man and Superman” that is both short enough to be practical and long enough to make sense. The Irish Rep’s “Man and Superman” is A SUPERIOR PIECE OF WORK in its own right, one for which no apologies need be made. Since it’s likely to be a long time before the entire play is performed again in New York, don’t hesitate to see this slimmed-down version now. There’s still plenty of meat on it, and it’s all choice.” – Wall Street Journal

“A PLEASURE TO SIT BACK AND LET SHAW’S WITTICISMS SINK IN… “Man and Superman” is a play of ideas, but here they go down nice and easy.” – New York Post

“A THOUGHTFUL, BRIGHT AND LIVELY PRODUCTION. This luminous Irish Repertory production will resonate with audiences hungry for philosophical wit and humor.” – AP

“A THOROUGHLY ENGAGING production. Fortunately, the troupe Staller has gathered to wage his unceasingly enthusiastic arguments in Shaw’s favor is a merry, well-spoken one.” – Theatermania

“Staller delivers a jolly good time. The cast gets considerable comic mileage out of Shaw’s sharp dialogue and heady notions. This is AN ENTERTAINING AND WELL-STAGED SHAVIAN PRODUCTION.” – Backstage

“AN EVENING WORTH RUSHING TO. The words, the cadence, the joy in dark humor, the thrust and parry of political swordplay is swoon-inducing.  – Edge NY

“The Irish Repertory Company/Gingold Theatrical Group’s ebullient, meaty, beautifully produced Man and Superman is more than likely to send any thinking audience member home broadly grinning. MAX GORDON MOORE (Jack) IS NEVER LESS THAN CAPTIVATING. JONATHAN HAMMOND (Mendoza-whom they encounter in Spain, The Devil) IS IRRESISTIBLE. THE INIMITABLE BRIAN MURRAY (Ramsden) CONTINUES TO PERSONIFY BEING DISGRUNTLED AS SKILLFULLY AS HE MANAGES THE TWINKLE IN HIS EYE.” – Woman Around Town

“AN ACCOMPLISHMENT TO MARVEL AT.” – Irish Central

“SHAW AT HIS QUIRKIEST. With Hammond’s suave diablerie, Kennedy’s warmth, and Murray’s crispness, the evening does more than get by.” – Village Voice

“The acting: dynamic.  The direction: precise.  The costumes: gorgeous.  The set: detailed.  The story: enticing.  Irish Rep has a bona fide hit on their hands with George Bernard Shaw’s Man and Superman, EASILY THE BEST PRODUCTION I’VE SEEN IN A LONG, LONG TIME. My sincere congratulations to everyone involved in this marvelous production.” – theateronline.com

“…Gingold Theatrical Group and the Irish Rep deserve our thanks for giving us a rare chance to see Shaw’s comedy as intended but streamlined and with Jack’s dream included. Given its inclusion of the often omitted portion, IT’S NOT ONLY A CHANCE TO SEE A RARELY DONE SHAW PLAY BUT TO SEE IT WITHOUT OMITTING A MEANINGFUL ELEMENT.” – CurtainUp 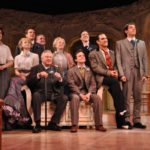 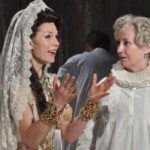 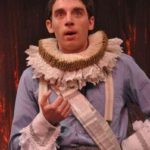 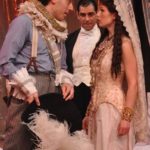 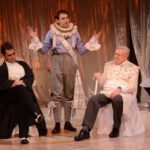 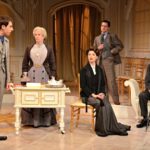