Best friends and business partners, Broadbent and Doyle, journey back to Doyle’s Irish home town to buy up land to develop. What they don’t count on is the power of the locals, particulary Nora Reilly and the defrocked Keegan who talks to grasshoppers. In fact, the entire town is full of extraordinary characters who all conspire to turn this business trip into a hysterical life-changing weekend for all concerned, fueled by plenty of Potcheen. 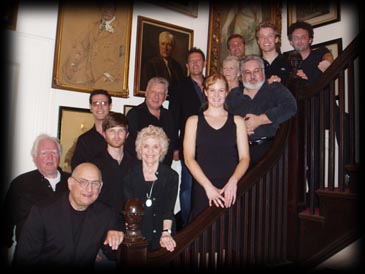 The Cast of John Bull’s Other Island