Image this: It’s 1680 and you’re in Isaac Newton’s house. In walks Charles II, in disguise and leaving all of his dogs outside, with George Fox the original Quaker. Every one of Charles’s misstresses, including Nell Gwyn, proceed to come looking for him. What follows is a tremendous send-up of science, philosophy, play-writing, and the arts. As usual, Shaw has a field day by challenging everything we hold near and dear.

Written by George Bernard Shaw in 1939. 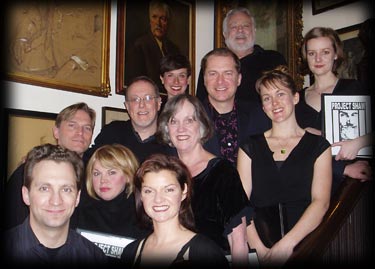 The Cast of In Good King Charles’s Golden Days