GETTING MARRIED is a provocative tale of creative couplings. The Bishop’s daughter is getting married today, but second thoughts are flying through the air. Lesbia is determined to live without a man, but wants to have a child. Hotchkiss has broken up a marriage but is it the husband or the wife he’s interested in? All converge to forge a partnership agreement between consenting adults to try and circumvent the traditional marriage contract. And then, the mysterious Mrs. George arrives to throw everyone off balance. 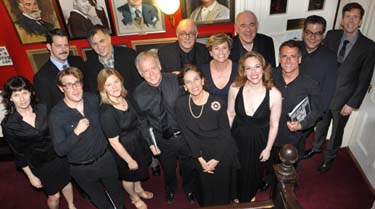 The Cast of Getting Married