It’s 1938 and the world is on the brink of World War II. An aristocratic German jew, who has fled Nazi Germany, arrives in Geneva asking for help. A pretty, young secretary, left to run the International Committee for Peace office alone, writes a letter. So begins Geneva. Eventually, Hitler, Franco, and Mussolini all converge on Geneva for a peace trial to state their case.

Evening hosted by Mr. Michael Feingold of The VILLAGE VOICE 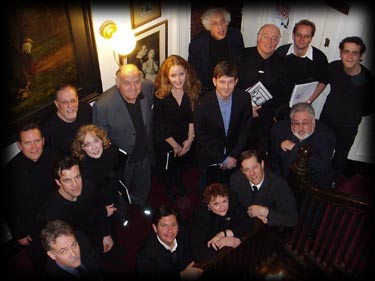 The Cast of Geneva