Fanny O’Dowda has decided to write a very modern production examining social mores that shockingly includes convicted criminals and a prostitute among the cast. She’s focused her performance on the Gilbey and the Knox families. Old friends, they have dinner every week, regardless of what may be happening with their own lives or even if they want to actually dine with each other. The duty has been established and so the four adults do. Even when the Gilbey’s son disappears for two weeks, parental concern is pushed to the side and an excuse is offered for his absence as the dinner proceeds. Simultaneously, when the Knox’s daughter is released from jail for assaulting a police officer, her parents gamely attend the weekly ritual, full of concern about whether the Gilbey’s are planning to drop them from the social register. Both sets of parents are consumed by the imagined horrors of societal rejection. And so when the debonair Monsieur Duvallet (a married French military office) and the effervescent Miss Dora Delaney (a happy-go-lucky prostitute) arrive, the dinner party really kicks into high gear as the blinders come off and everyone’s foibles become readily apparent. 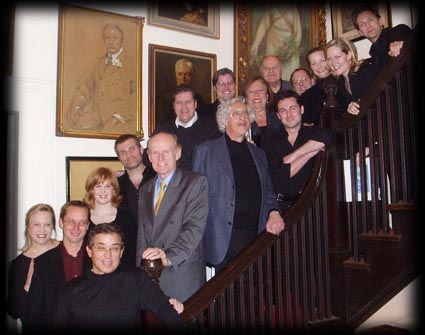