One of Shaw’s most beloved absurd light comedies, the story following the fate of a group of Christians being faced with a horrible death in the Roman Coliseum. Based on Aesop’s most famous of Fables, Shaw gives it his unique twist, incorporating his passionate plea for human rights and the importance of tolerance.

Androcles, a fugitive Christian tailor, accompanied by his nagging wife, is on the run from his Roman persecutors. While hiding in the forest he comes upon a wild lion who approaches him with a wounded paw. His wife runs off. Androcles sees that the cause of the animal’s distress is a large thorn embedded in its paw, which he draws out while soothing the lion in baby language.

Androcles is captured and is sent to the Coliseum to be executed with other Christians in gladiatorial combat. They are joined by a new Christian convert called Ferrovius, who struggles to reconcile his Christian principles with his violent inclinations. The Roman captain guarding them is attracted to the genteel convert Lavinia. Eventually the Christians are sent into the arena, but Ferrovius kills all the gladiators before they can harm any Christians. He is offered a job in the Praetorian Guard, which he takes. The Christians are to be released, but the crowd demands blood. To satisfy them, Androcles offers himself to be savaged by lions. But the lion that is supposed to kill him turns out to be the one that Androcles saved, and the two dance around the arena to the delight of the crowd. The emperor comes into the arena to get a closer look, and the lion attacks him. Androcles calls him off and the emperor is saved. He then declares an end to the persecution of Christians. Androcles and his new ‘pet’ depart together.

The play was written at a time when the Christian Church was an important influence on society and there was strong pressure on non-believers in public life. The reverse of roles in the play possibly served to evoke empathy from his targeted audience. The characters also represent different “types” of Christian believers. The journey and final outcome of each of the characters make it clear which believers Shaw sympathizes with the most, especially with Lavinia. One of the most famous passages of the play is Lavinia’s metaphor of capturing a mouse to converting from Christianity to believing in the Roman gods, where Lavinia shows that the most important part of religion is earnestness and a lack of hypocrisy. Hypocrisy was a characteristic in the Church that Shaw condemned.

Shaw spent his life trying to help empower the disenfranchised among us and, face it, that’s everyone at some point. Embracing the old myth of the meek man coming to the rescue of a mighty lion in ancient Rome, Shaw employs the then new cult of Christianity as his sounding board. In this timely comedy, he asks us to challenge our concept of faith, of self, and of the power of a government that does not seek to represent its entire population.

PROLOGUE: A Jungle Path
ACT I: The End of the Three Converging Roads to Rome
ACT II: Scene 1: Behind the Emperor’s Box at the Coliseum
Scene 2: The Arena.
Scene 3: The Same as Scene 1
SETTING: Ancient Rome 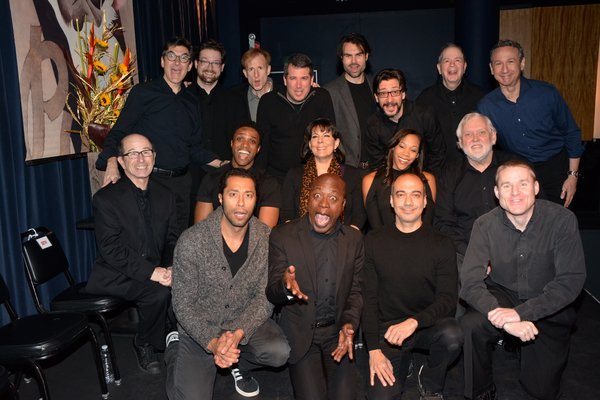 The Cast of Androcles and the Lion