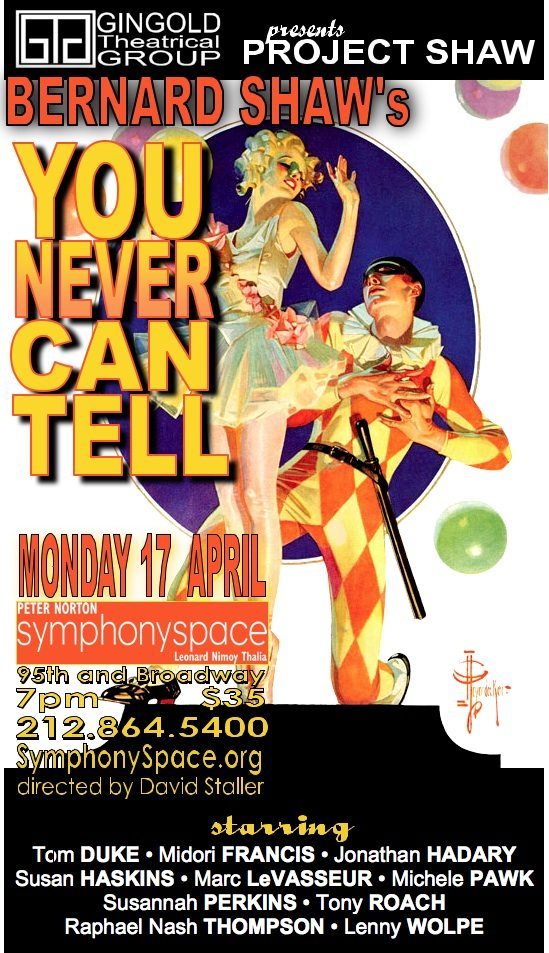 You Never Can Tell is a charming light comedy set in an English seaside town and tells the story of Mrs. Clandon and her three children, Dolly, Phillip and Gloria, who have just returned to England after an eighteen-year stay in Madeira. The children have no idea who their father is and, without realizing, end up inviting him to a family lunch. At the same time a dentist named Mr. Valentine has fallen in love with the eldest daughter, Gloria. However, Gloria considers herself a modern woman and claims to have no interest in love or marriage. The play continues with a comedy of errors and confused identities, with the friendly and wise waiter dispensing his wisdom with the prophetic “…you never can tell.”

Shaw wrote this sparkling comedy to help himself pull out of a depression, reminding himself that there was only so much control we can have over the world around us and that it’s still better to be an active participant in our own lives than as observers on the side lines. We’re sure to hit the wall from time to time, he reasoned, but we still have to get up and out there. After all, you never can tell what’s waiting for us around the corner.

Scene: At the Seaside