Votes For Women (by Elizabeth Robins) 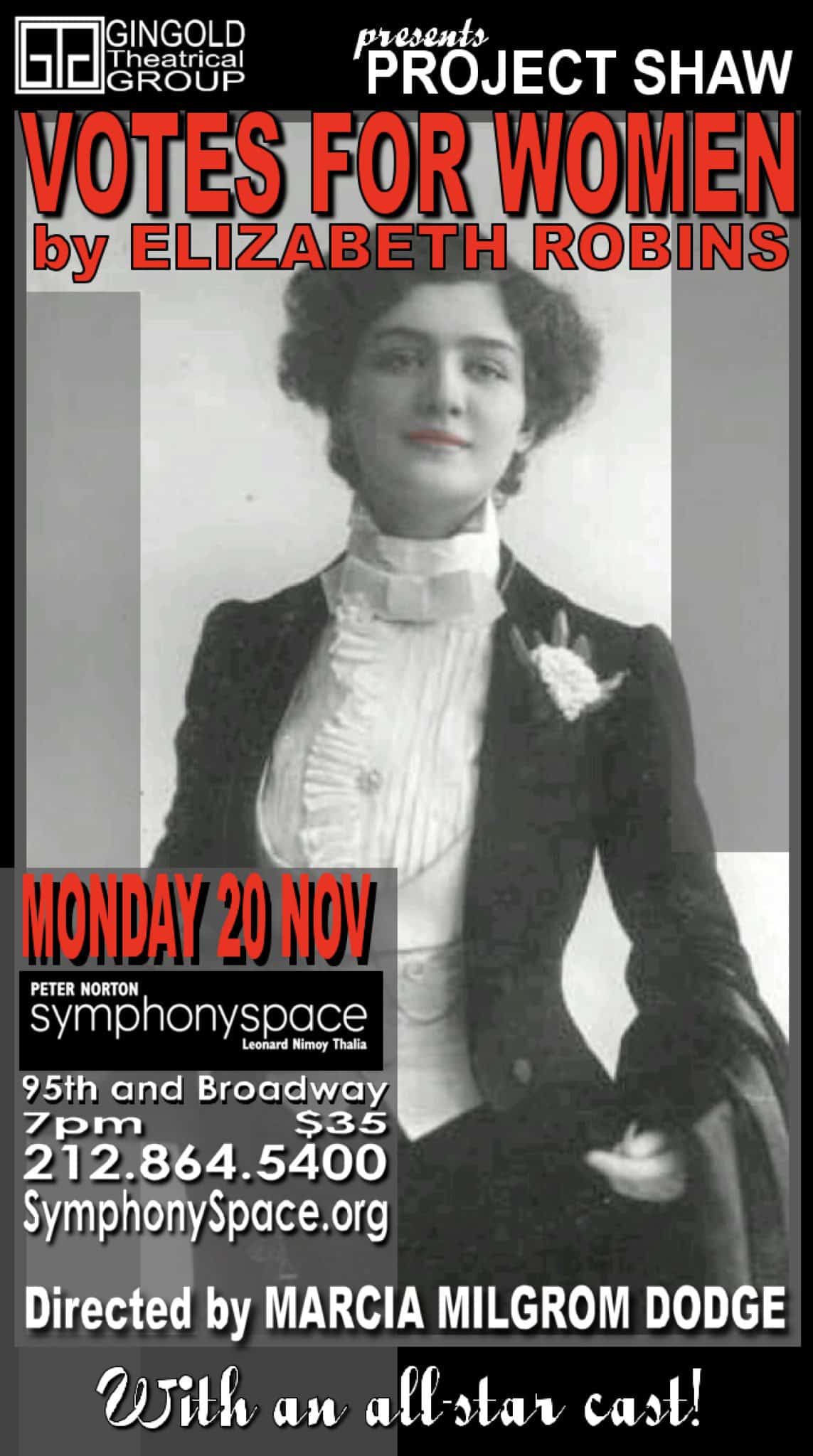 This remarkable 1907 play by Elizabeth Robins will be directed by the award-winning Marcia Milgrom Dodge.

Join us for this pre-Thanksgiving celebration!

Elizabeth Robins, the renowned actress whom Shaw very much encouraged as a playwright, was a major theatrical force in the early part of the 20th Century. VOTES FOR WOMEN was the first major play to deal with the most basic human elements of the need for equal rights for women. Robins has created a wonderfully rich assortment of characters while examining the vital need for all people to define for themselves the person they wish to be, independent of societal dictums, and the struggle for all people to claim their rights to live as they wish, both personally and legally.

These are unique Script-In-Hand performances with many of our finest actors.