Too True to Be Good 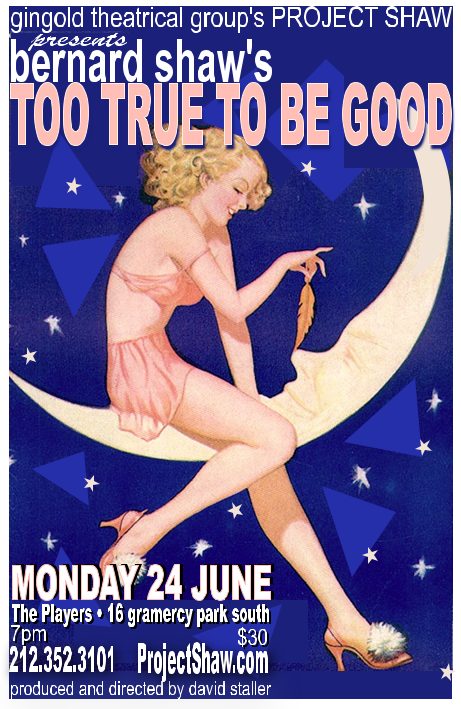 A glamorous pair of jewel thieves convince a chronic young convalescent to steal her own jewels and run away with them to a tropical paradise. Her over-protective mother comes chasing after them and a riotous time is had by all. This is Shaw’s 1931 high-comedy journey, which takes on fad diets, the medical profession, the military, war, religion, and sex. It’s a short and lively comedic lark.