The Stepmother (by Githa Sowerby) 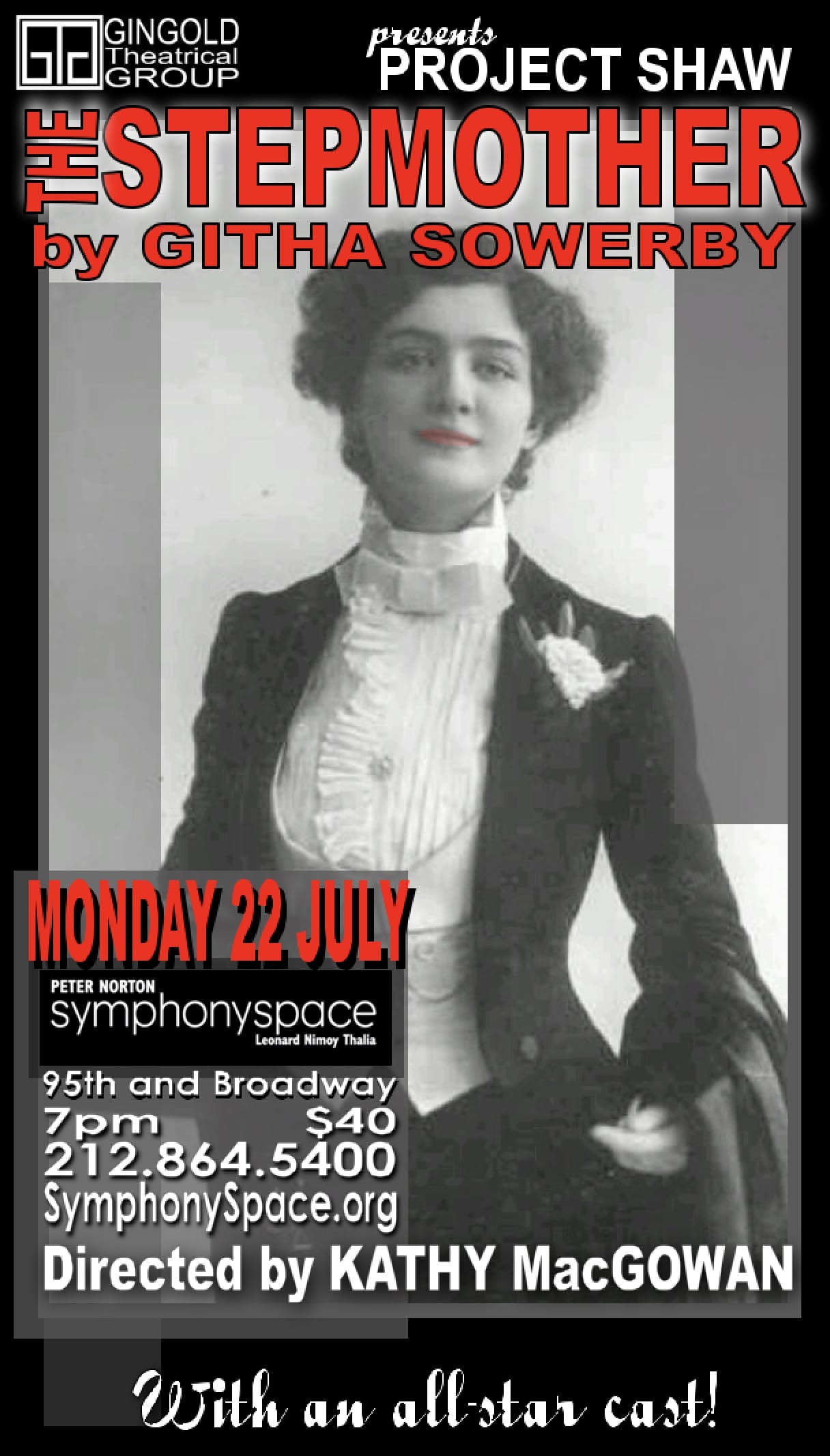 THE STEPMOTHER by Githa Sowerby from 1924 tackles the tensions of female independence in a patriarchal society. This recently rediscovered play has been seen in London but, as far as we know, this will be its New York premiere. The plot follows a young woman fighting to create a life for herself. Here’s an extremely rare opportunity to see one of the most important steps in women’s rights as presenting on stage. Sowerby was greatly influenced and encouraged by Shaw!

“Githa Sowerby (6 October 1876 – 30 June 1970), though unknown in this country, took London by storm with her revolutionary Rutherford and Son, and was a much celebrated English playwright, children’s book writer, and powerful member of the Fabian Society. A feminist and human rights activist, Shaw was a huge fan and very much encouraged her to write The Stepmother, a highly entertaining play about a woman finally standing up to male entitlement.” – David Staller

“The Stepmother” is presented by special arrangement with SAMUEL FRENCH, INC.