The Play’s The Thing (by Ferenc Molnar) 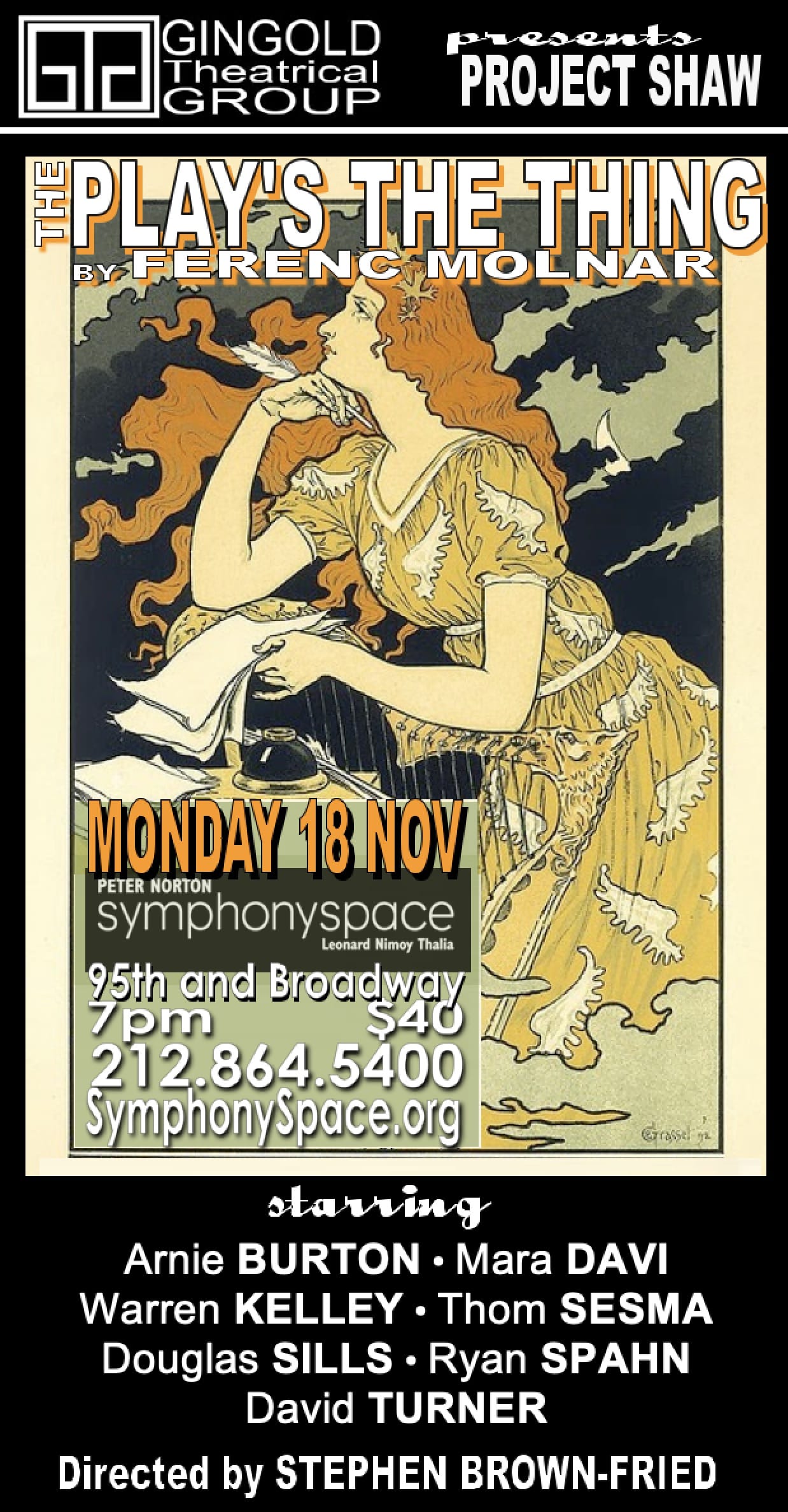 THE PLAY’S THE THING.  In Ferenc Molnar’s legendary farce, a young playwright is distraught when he overhears the actress he loves having an affair with another man. His mentor must convince him that she is only rehearsing a play — and that he must write her a better one. This rollicking comedy has spawned innumerable imitations on stage, screen, and TV. Even Tom Stoppard wrote his own translation of this jolly folly. This version is translated by the legendary P.G. Wodehouse, best known for his Jeeves and Wooster stories—so you know it’ll be a laugh-fest!

“All of us at Gingold have been waiting for years to get this play into our series and now, at last, here it is. Molnar is a universal favorite, of course, with his Liliom, The Guardsman, and The Swan, but this play almost defies description as it seems to live on a theatrical comedic world of its own. We’ve got a dream cast and director to bring this to you just in time for Thanksgiving and there’s excitement in the air!” — David Staller