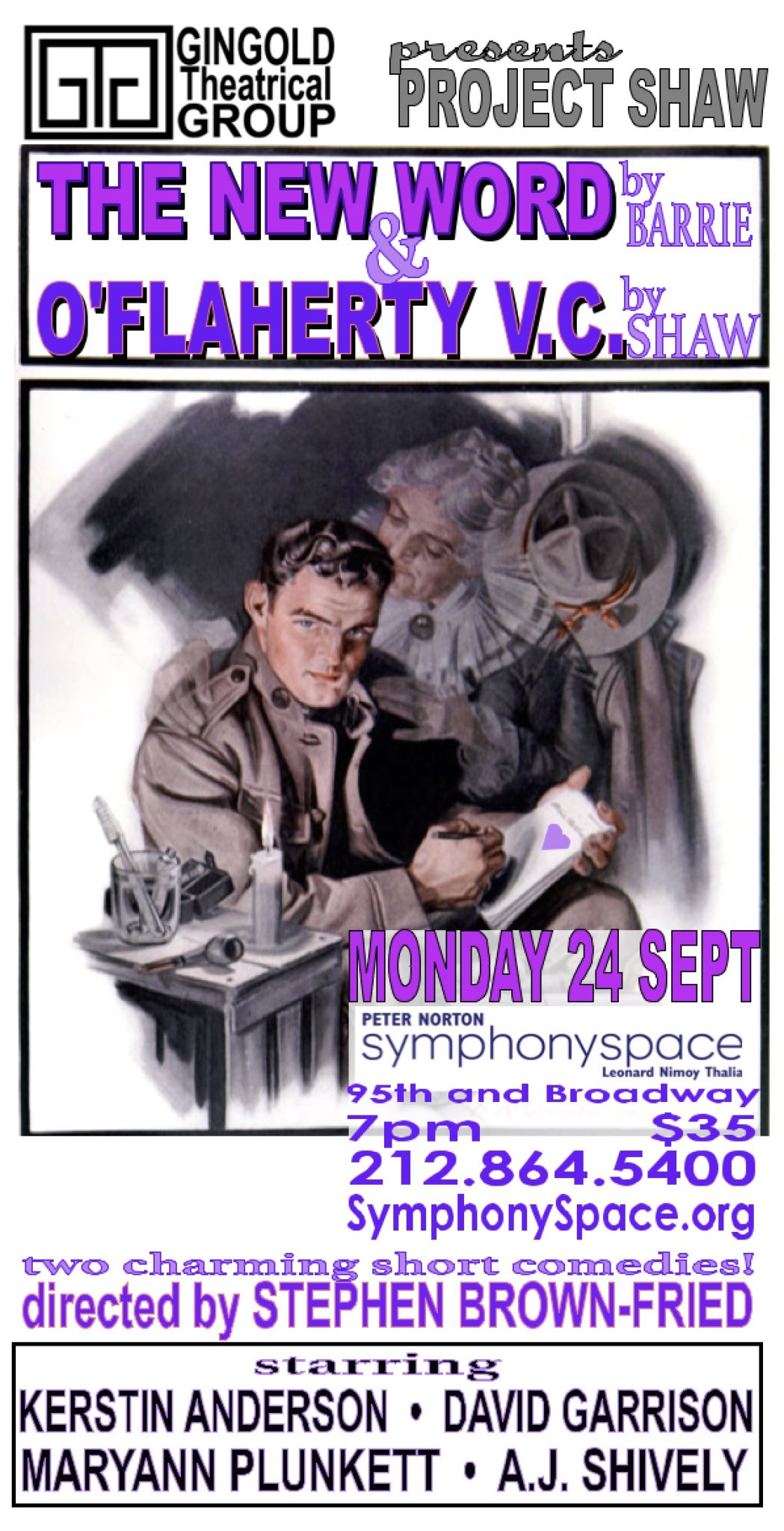 The New Word by James M. Barrie (author of Peter Pan) takes place on the night before a young man is leaving to join the army in WWI. It’s the last chance for a family to come together with some kind of understanding before the son leaves, possibly never to return. What is the ‘new word’? You’ll have to see the play to find out!

O’Flaherty, V.C. by Shaw is a comic one-act play written during World War I in which an Irish soldier in the British army returning home after winning the Victoria Cross. The play was written at a time when the British government was attempting to promote recruitment in Ireland, while many Irish republicans expressed opposition to a war to defend the British Empire.

“Both these plays look at the unexpectedly human and often comedic experiences that occurred as part of the Great War,” says director Brown-Fried.  “For both Shaw and Barrie, war included the full scope of human emotions — including humor and poignancy.  These plays, along with the candid (and often shockingly funny) collection of love letters from the Great War that we’ll also be sharing, part the curtain around the surprising humanity of war, and in doing so, ask us to recognize more deeply the costs of war.”