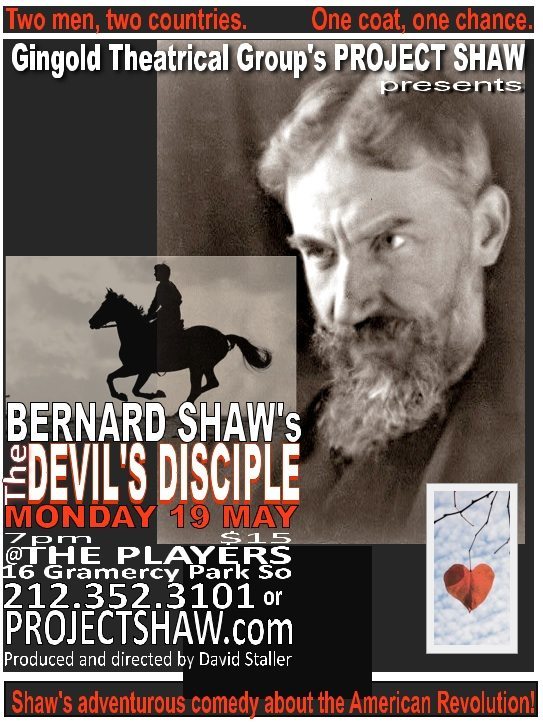 A thrilling comedy that employs the unlikely backdrop of the American Revolution. Some of Shaw’s most iconographic characters fill out this story of revolt: of one country against another, as well as of the inexhaustible battle of the human spirit – how we choose to create and define ourselves in the face of societal expectations. In this play, we find ourselves in 1777 New Hampshire where Dick Dudgeon opens his heart to life. Along the way, everyone else goes through profound changes of discovery, hope and strength.