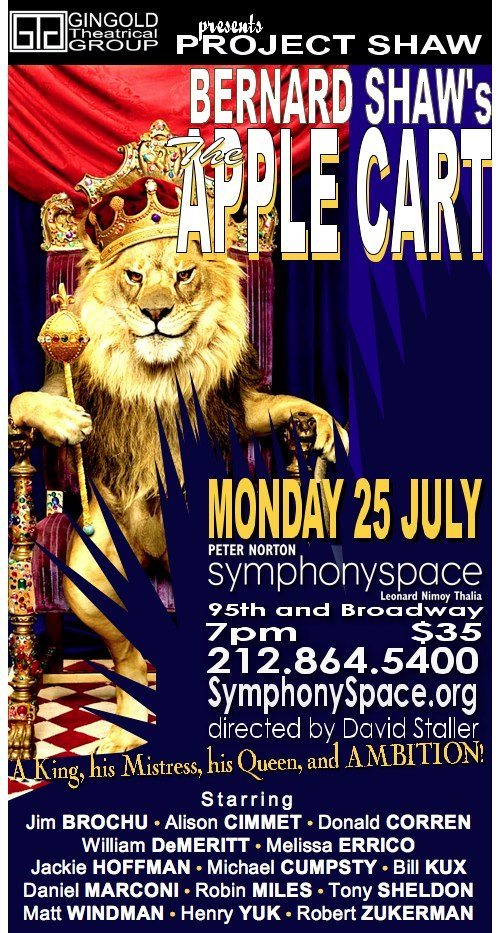 In this rarely seen gem by Shaw, British King Magnus is doing his best to save the country. He goes toe to toe with the Prime Minister, his cabinet, his wife, his children…but nothing could prepare him for the most famous scene from the play, in which he and his exotic mistress duke it out in one of Shaw’s most scintillating comedic scenes.