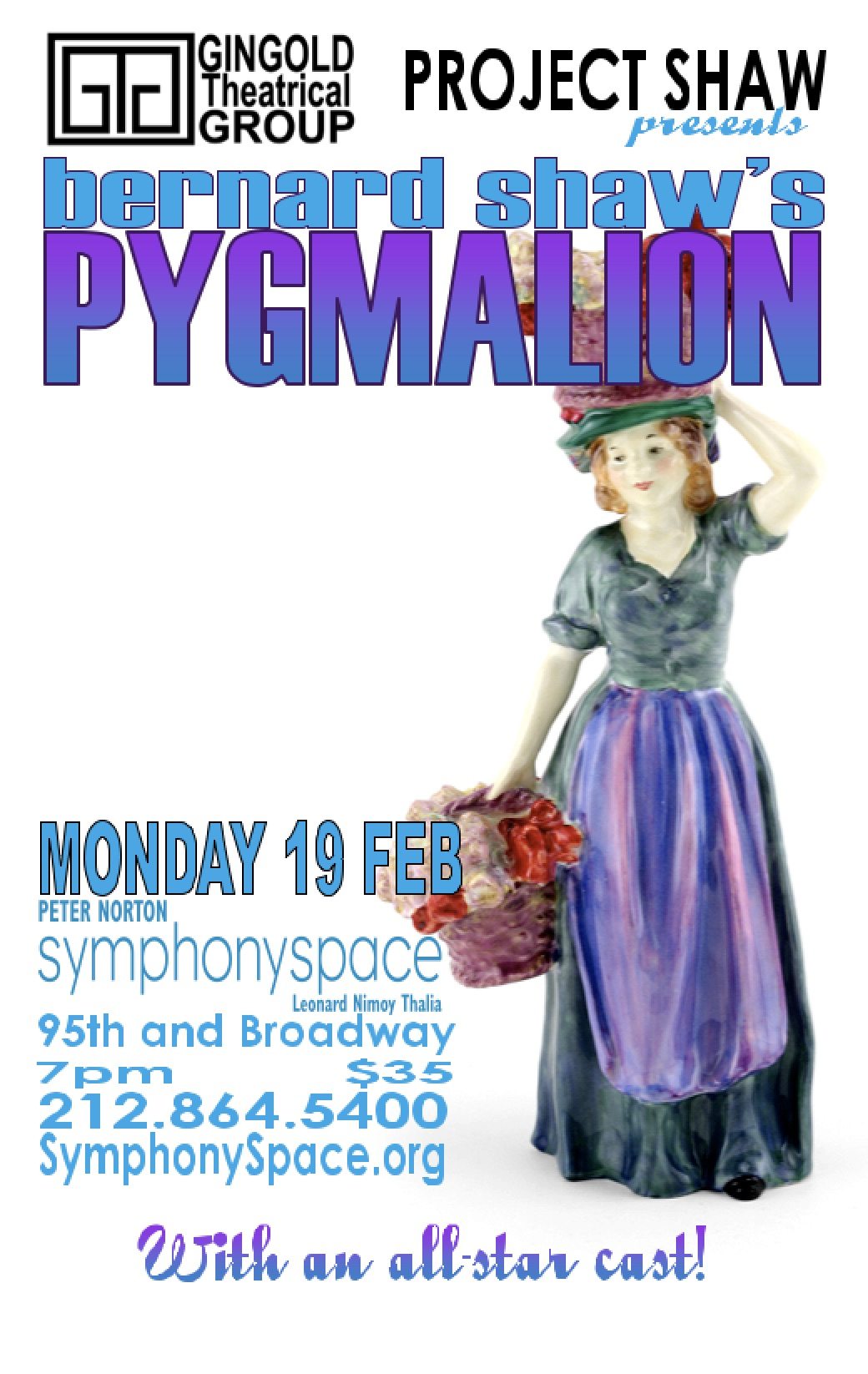 This event is sold out.

One of Shaw’s most beloved plays, the basis for the musical, MY FAIR LADY. Professor of phonetics, Henry Higgins, makes a bet that he can train a bedraggled Cockney flower girl, Eliza Doolittle, to pass for a duchess at an ambassador’s garden party by teaching her to assume a veneer of gentility; the most important element of which, he believes, is impeccable speech. The play is a sharp lampoon of the rigid British class system of the day and a commentary on women’s independence. Written by Bernard Shaw in 1914.

“Shaw’s plays have never seemed more vitally relevant! We’re very much looking forward to sharing his most popular and iconographic play on the cusp of its musical cousin’s arrival at Lincoln Center. This comedy is a wonderfully potent reminder to all of us to create the person we wish to become no matter the societal pressure to conform. It was also a major theatrical step in pleading the case for both women’s and men’s liberation from Victorian dictates.” — David Staller