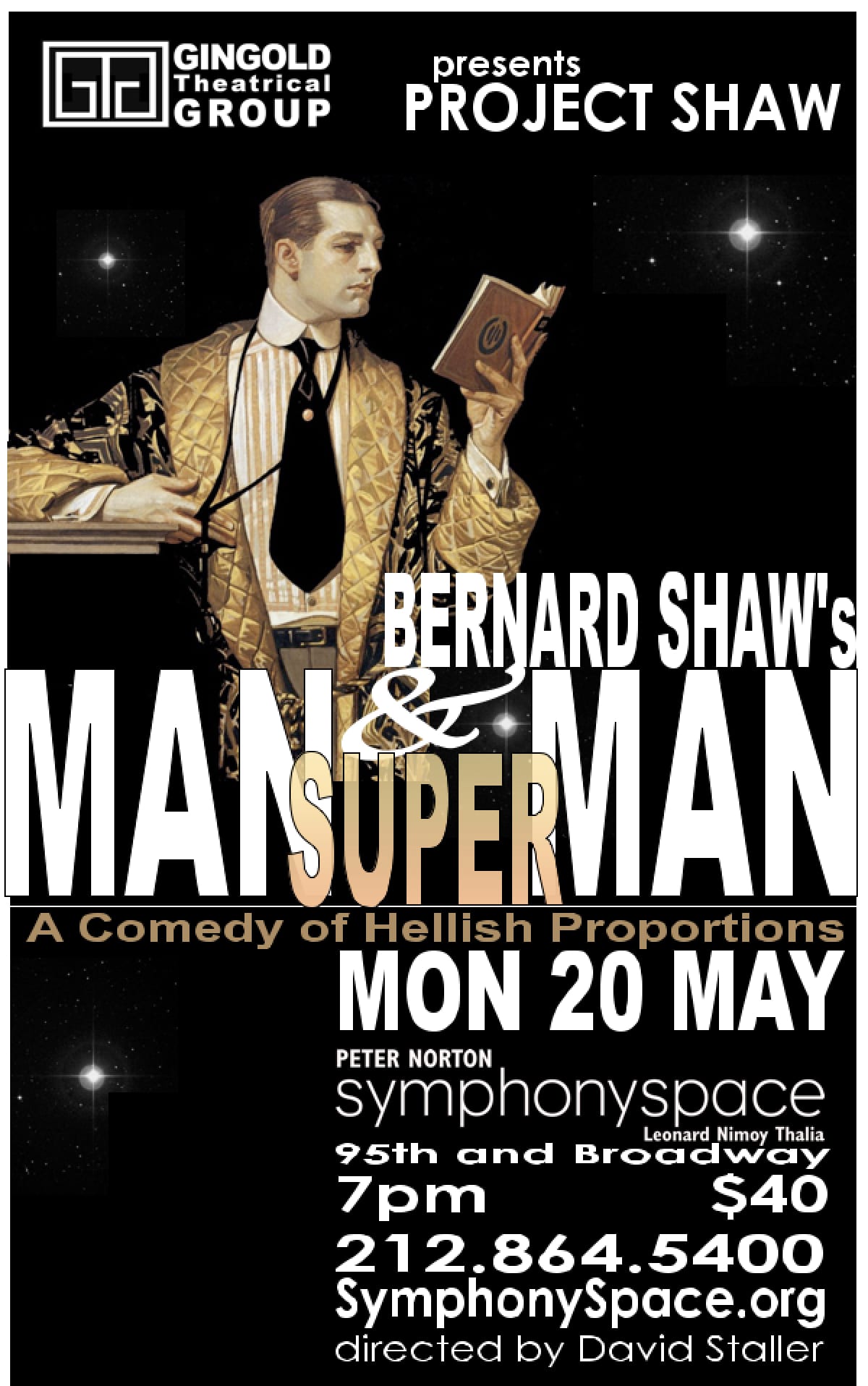 MAN AND SUPERMAN by Bernard Shaw: A comedy of Hellish proportions. Jack, a confirmed bachelor, is determined to keep clear of Ann’s matrimonial designs on him. He flees across continents and even, in the dream act of DON JUAN IN HELL, to Hades for a chat with the Devil and back again to avoid entrapment. But, finally, her intelligent will is too much for him. This incendiary play will be performed complete, though in a Shaw-approved two hour and forty-five minute version.

“With this comedy from 1903, Shaw single-handedly reinvented everything that Victorian Theatre conventions had come to represent. Turning everything thought sacrosanct on its head including sex roles, psychology, dream analysis, modern travel, class systems, the British aristocracy, the middle classes, and the bourgeoisie, Shaw pokes fun and everyone and everything with the purpose of reminding us to have the courage to build a life for ourselves independent of societal expectations. ” — David Staller