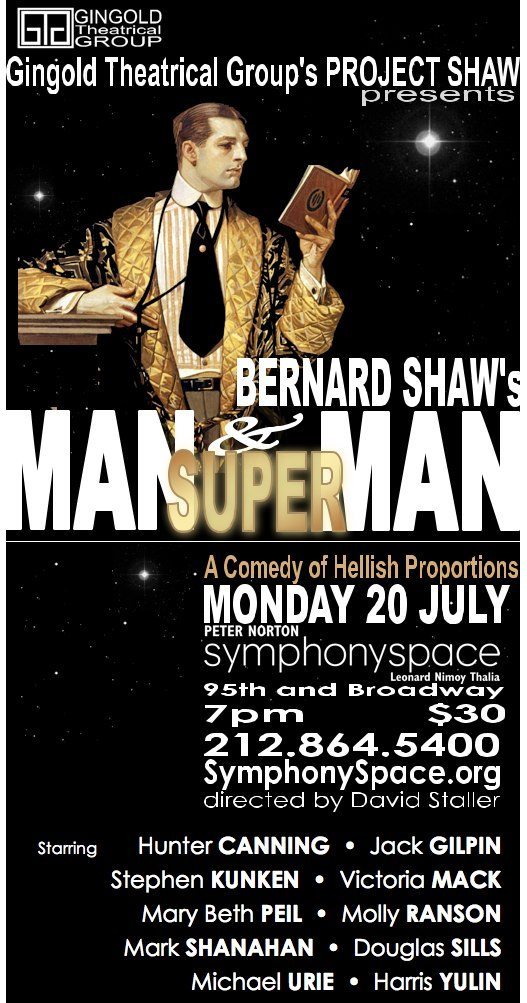 A comedy of Hellish proportions. Jack, a confirmed bachelor, is determined to keep clear of Ann’s matrimonial designs on him. He flees across continents and even, in the dream act of DON JUAN IN HELL, to Hades for a chat with the Devil and back again to avoid entrapment. But, finally, her intelligent will is too much for him. This highly entertaining and incendiary play will be performed complete, though in a trimmed version created by David Staller.

This version of the play was the same that GTG produced at the Irish Repertory Theatre in 2012. This version lasts three hours and includes the infamous ‘Don Juan in Hell’ scene.