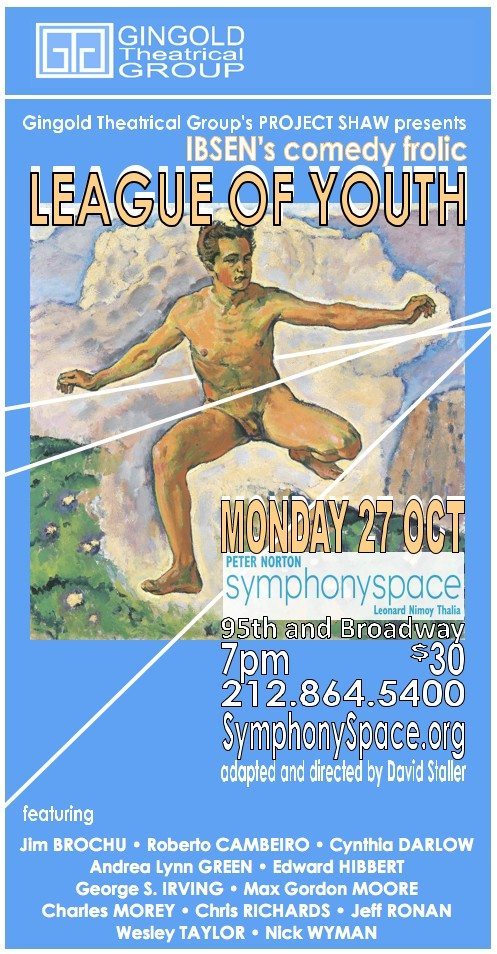 LEAGUE OF YOUTH is a farce by Henrik Ibsen—his first non-verse play in an attempt to move his style toward realism.       This broad comedy serves as a vehicle for the tale of a wildly ambitious young man determined to take over the government of a town. In nineteenth-century Norway, it was widely considered Ibsen’s most popular play, lauded for its natural and witty dialogue, cynical humor and farcical intrigue. This will be the New York debut of a play by the man who inspired Shaw to begin writing plays. Don’t miss this rare opportunity to experience a brand new classic Ibsen comedy.

Shaw was inspired to become a playwright due to the influences of Ibsen and Chekhov, and Project Shaw is proud to be branching out with these presentations.