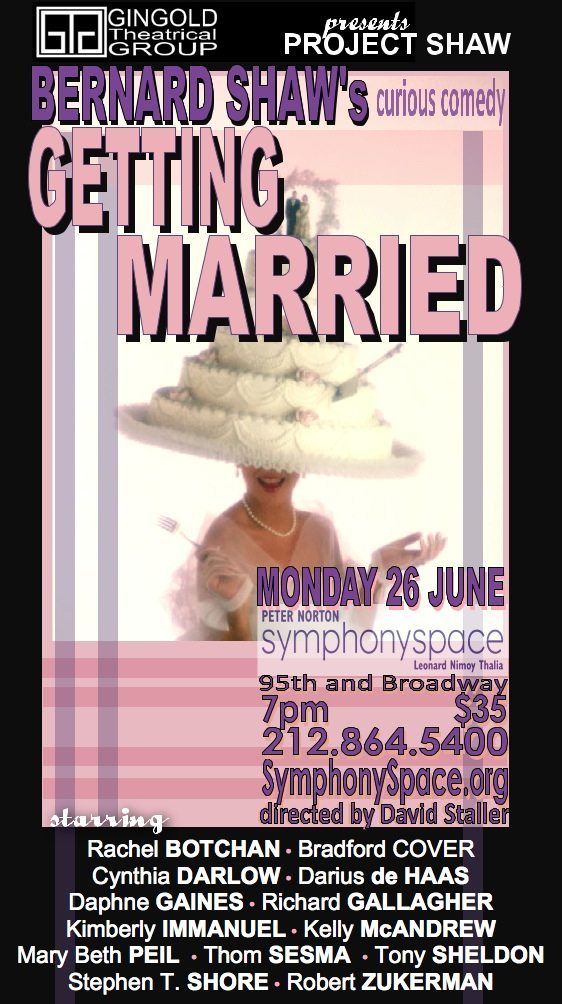 Getting Married is a provocative tale of creative couplings. The Bishop’s daughter is getting married today, but second thoughts are flying through the air. Lesbia is determined to live without a man, but wants to have a child. Hotchkiss has broken up a marriage but is it the husband or wife he’s interested in? All converge to forge a partnership agreement between consenting adults to try and circumvent the traditional marriage contract. And then the mysterious Mrs. George arrives to throw everyone off balance.

The idea of examining the definition of what marriage means is nothing new. Even in 1908, Shaw was inspired to question the purpose of legal commitments and who has the right to define unions between two consenting adults. This comedy is wall to wall delightful surprises.

SCENE: The Norman Kitchen in the Palace of the bishop of Chelsea.
TIME: The Present, 1908. Forenoon.