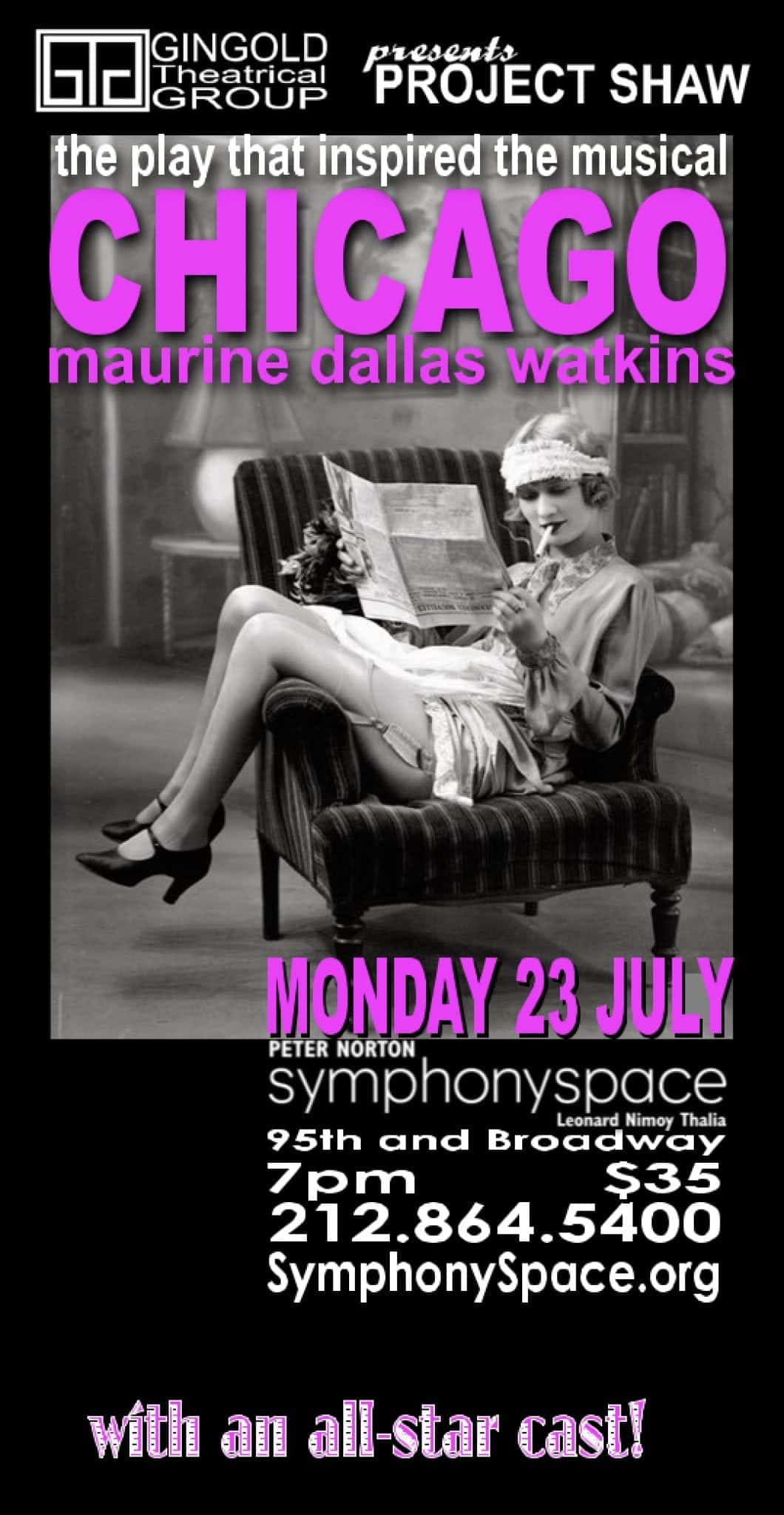 Chicago is a 1926 play written by Maurine Dallas Watkins that is best known today as the inspiration for the 1975 stage musical Chicago. The play is a satire and was based on two unrelated 1924 court cases involving two women, Beulah Annan and Belva Gaertner, who were both suspected and later acquitted for murder, whom Watkins had covered for the Chicago Tribune as a reporter. The play has been adapted as the 1927 film Chicago, the 1942 film Roxie Hart, and the 1975 stage musical Chicago, which in turn was adapted as the 2002 film Chicago. See the original!