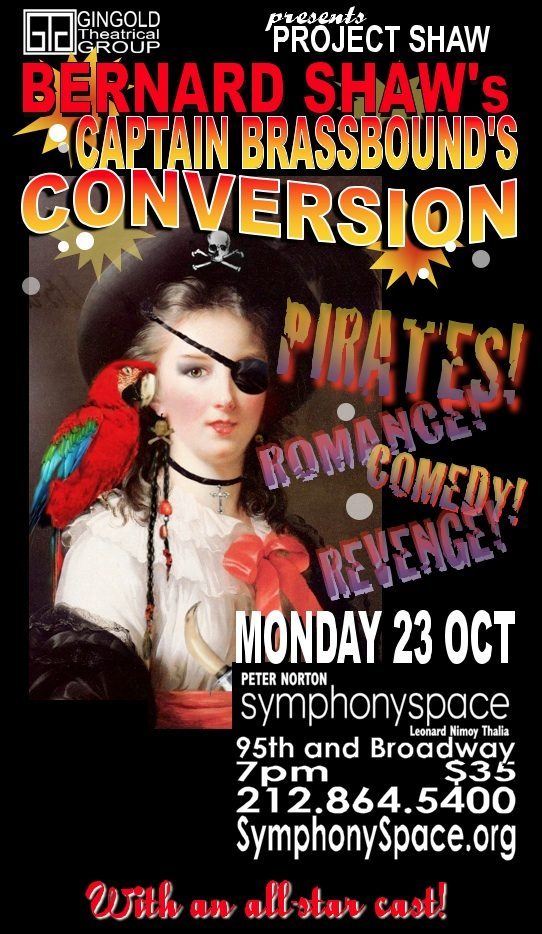 Shaw’s riotous comedy! Lady Cicely arrives in Morocco with Sir Howard, the infamous London judge. We soon discover that their guide, Captain Brassbound, is none other than a legendary ruthless pirate who has been waiting for years to exact revenge on this very judge! Surrounded by a spectacular array of wonderfully theatrical characters, Lady Cicely takes on the pirates, an Arab army, and the entire U.S. fleet while finding time for a bit of romance! This completely unexpected comedy by Bernard Shaw comes to you just in time for Hallowe’en!

This comedy is certainly one of the most unusual in the Shaw canon, combining the zany tone of of the Pirates of the Caribbean films, the old original Sweeney Todd stories, and a light romantic comedy! No other Shaw play packs in quite so much action and wacky characters. We’re very much looking forward to sharing this play with our audiences. Anyone attending wearing a pirate costume (early Hallowe’en) will get a free raffle ticket!