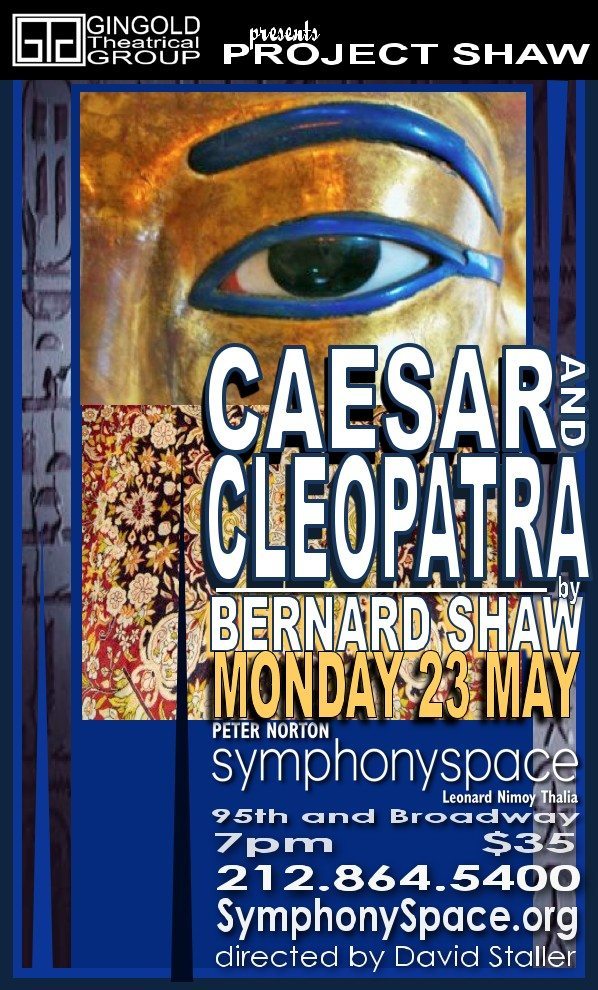 Caesar and Cleopatra, by George Bernard Shaw, written in 1898, published in 1901, and first produced in 1906. It is considered Shaw’s first great play. Caesar and Cleopatra opens as Caesar’s armies arrive in Egypt to conquer the ancient divided land for Rome. Caesar meets the young Cleopatra crouching at night between the paws of a sphinx, where—having been driven from Alexandria—she is hiding. He returns her to the palace, reveals his identity, and compels her to abandon her girlishness and accept her position as co-ruler of Egypt (with Ptolemy Dionysus, her brother). Caesar and Cleopatra was extraordinarily successful, largely because of Shaw’s talent for characterization.