Back to Methuselah (Part One) 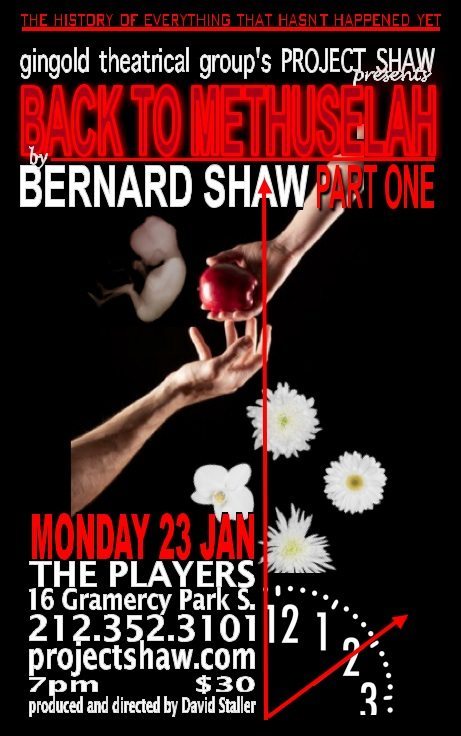 Starting with Adam, Eve and The Serpent in the Garden of Eden, this rollicking play speeds us through several thousands of years of human history. By the time the curtain falls on Part One, we’ve reached the year 2170 and people have begun to live to be 300 years old!

The first half of this epic play. No need to see Part Two to fully enjoy this Shavian concoction!

Cast for PART I: