Back to Methuselah (Part 2) 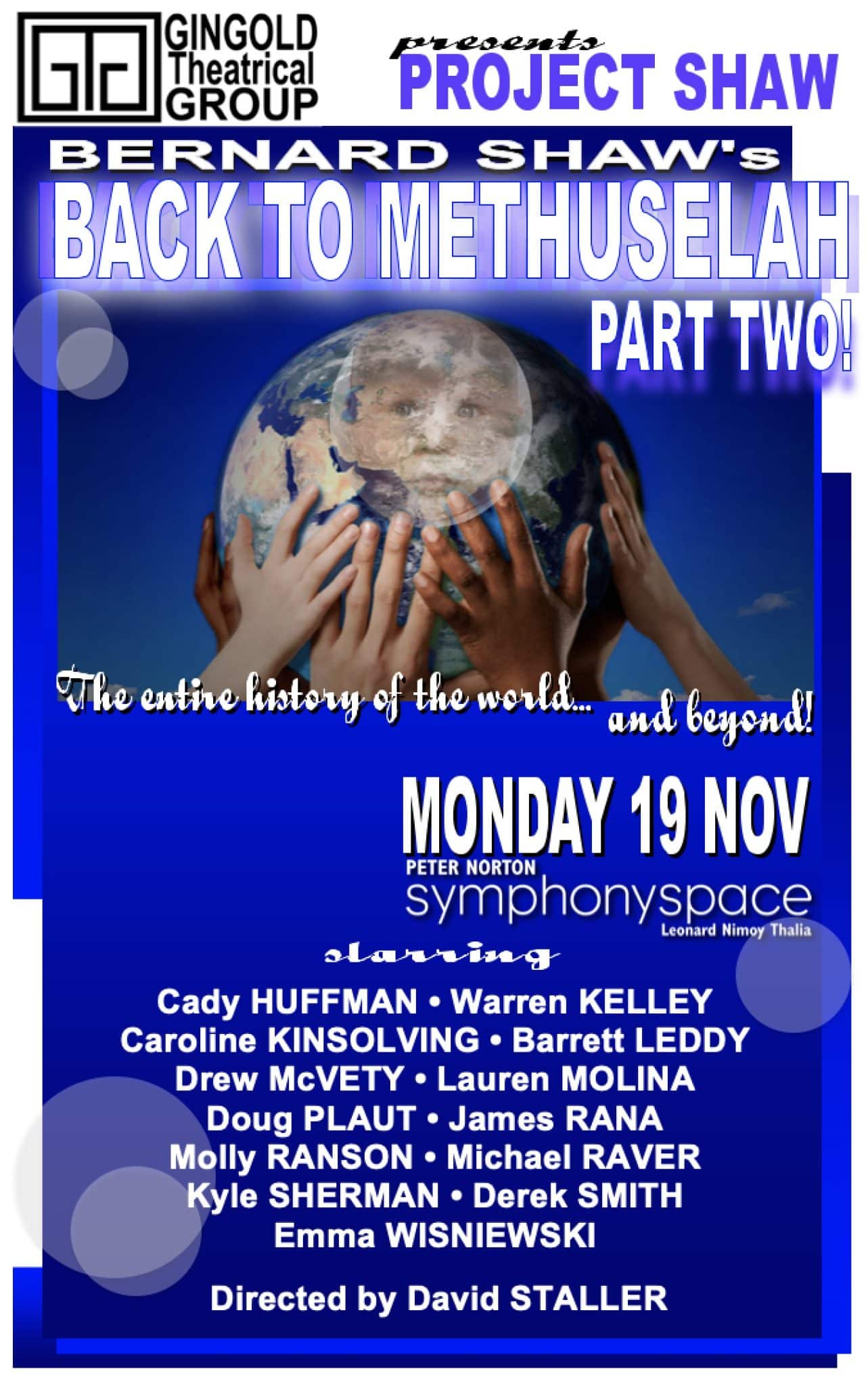 Back to Methuselah is Shaw’s 1921 play that tells the story of all Humanity. Starting in the Garden of Eden and sailing up through the 32nd century, this comedy tackles all the political and social issues Shaw is so notorious for.

DO YOU HAVE TO SEE BOTH PARTS TO GET IT? NO!

The two parts exist independently of each other.

After MAN AND SUPERMAN, this is Shaw’s most often quoted play. It’s Shaw so, of course, most all of the great lines go to the women.

Our Remarkable Cast …so far!
(all the actors play multiple roles)

“We’re offering an extremely rare opportunity to experience one of Shaw’s most outrageously ambitious comedies. Written after WWI to try to make sense of the global madness the world had just lived through, Shaw uses his most potent powers of irony and insight to take us from the Garden of Eden through the 32nd century! Join us for theatrical adventure!” — David Staller

Even more curious? Join us after the performance for a group chat with the cast.