Back to Methuselah (Part 1) 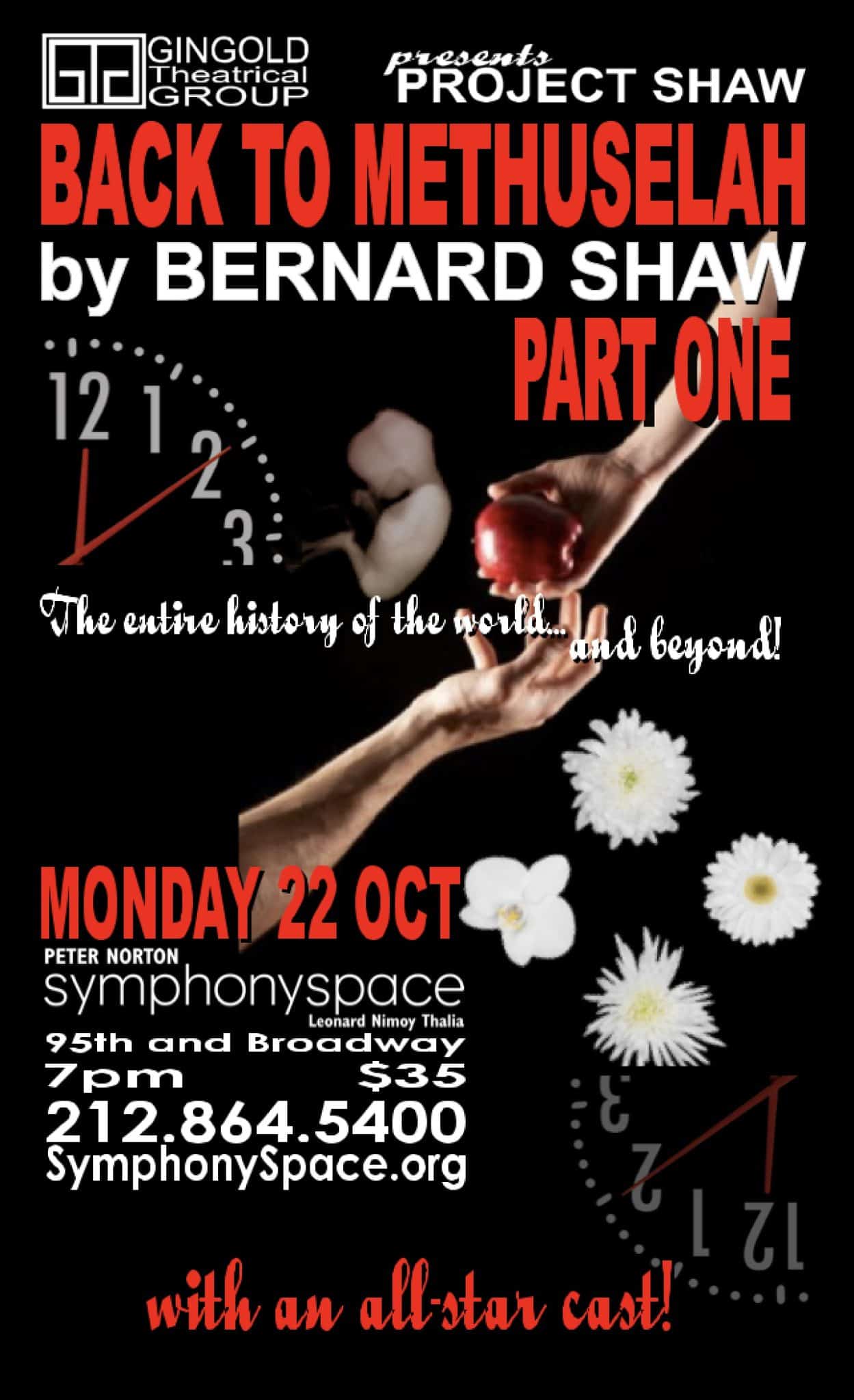 Back to Methuselah is Shaw’s 1921 play that tells the story of all Humanity. Starting in the Garden of Eden and sailing up through the 22nd century, this far-out comedy tackles all the political and social issues Shaw is so notorious for.

DO YOU HAVE TO SEE BOTH PARTS TO GET IT? NO!

Part Two of this play will be presented on November 19th, and the two parts exist independently of each other. After MAN AND SUPERMAN, this is Shaw’s most often quoted play. Most all of the great lines go, of course, to the women.

Director David Staller writes, “After WWI, Shaw decided to take stock and assess where we odd humans had been, where we were now, and where we might be headed. So, beginning as a lark, he began to write The Entire History Of The World in a particularly whimsical frame of mind. Starting in the Garden of Eden, these five plays actually work independently of each other and, with Shaw’s usual razor-sharp wit, he reminds us that the future is up to us and that we’d better stay awake and be a part of our own lives!”