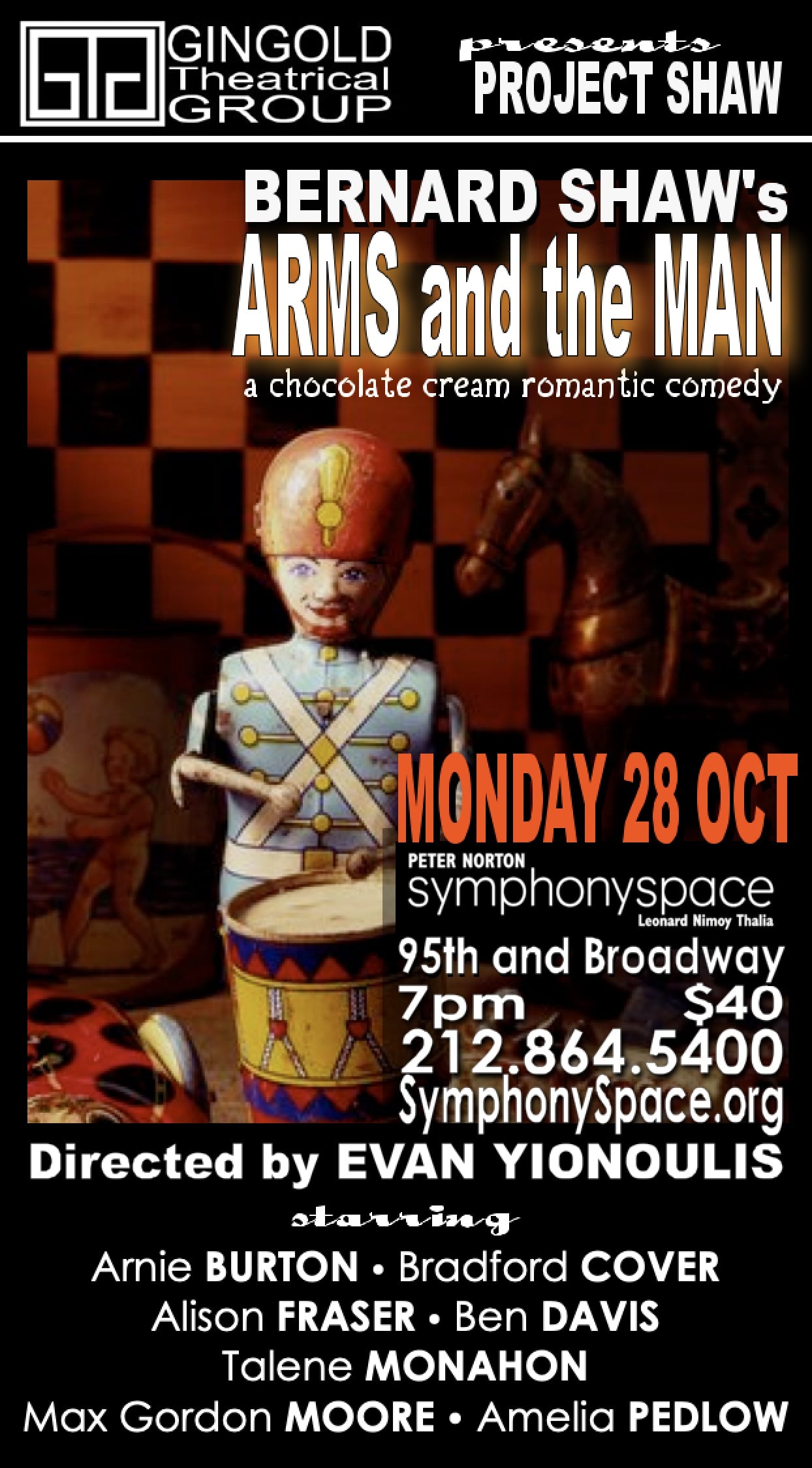 ARMS AND THE MAN, one of Shaw’s most enduringly popular comedies, is on just about everybody’s ‘Favorite Shaw’ list. The plot follows a hunted soldier who, seeking refuge in a young lady’s boudoir, sets in motion a series of highly engaging and unlikely comedic events. His unusual philosophies about love, war and life in general open up a world of thought she’d never previously entertained–certainly not with her dashing war-hero fiancée who also arrives unexpectedly. This early work of Shaw’s is an incredibly streamlined and amusing exploration of…just about everything!

“We get so many requests for Arms and the Man it’s already selling out! It’s a superbly crafted romantic comedy from top to bottom with every strongly delineated character given a very specific point of view. It’s Shaw, so big thoughts and issues are explored, but always in a human and accessible way, with it all coming together in a streamlined and inevitable balance of adventure and romance. For this event we’re honored to partner with Evan Yionoulis,” said David Staller.

These unique script-in-hand all-star readings are always sold out.