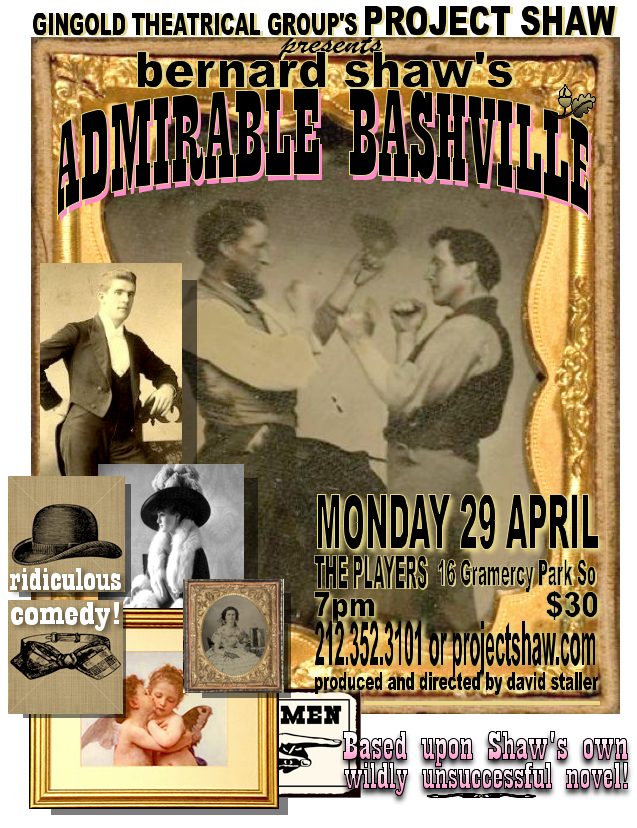 This play is, in fact, based upon Shaw’s own highly unsuccessful novel, Cashel Byron’s Profession. The novel was written in 1882 and after rejection by several publishers it was published in serialized form in a magazine. Shaw wrote five novels early in his career and then moved on to pursue drama criticism and eventually playwriting.

The novel follows Cashel Byron, a world champion prizefighter, as he tries to woo wealthy aristocrat Lydia Carew without revealing his illegal profession. Meanwhile, she also has a secret admirer in her formidable footman, Bashville. He is handsome, smart, efficient and ever-watchful. Brains vs brawn.

The play follows much the same path. The novelty of this particular play is that Shaw wrote it as a parody of Shakespeare. The entire play is, in fact, written in blank verse. As the characters are all ‘contemporary’ this makes for unique comic lunacy in Shaw’s canon.

Written in 1901 and first performed the following year.