A Shaw Concert at The Players! 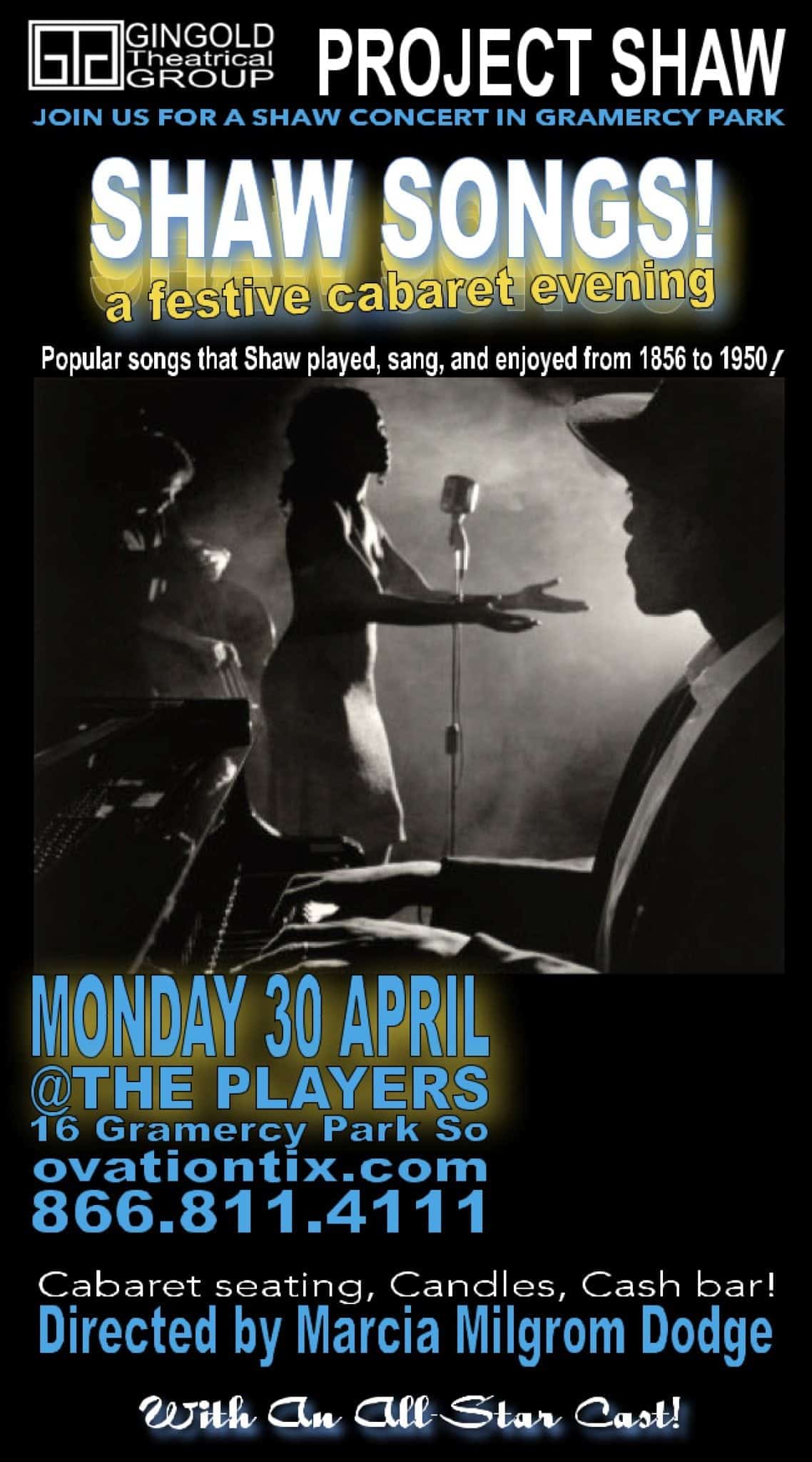 THIS EVENT IS SOLD OUT!

A special treat to bring in the spring, join us for an evening of music that Shaw enjoyed, including popular music of his time, works by Gilbert and Sullivan, and more! For this very special event, we’ll be returning to the original home of Project Shaw, the beautiful Players Club at 16 Gramercy Park South.

Read about The Players

“Our Shaw Concerts in the past have featured music Shaw had championed as the New Modern Music (Dvorak, Wagner, Elgar, R. Strauss, Brahms), but this year we’ve decided to embrace Shaw’s love of popular songs with a festive cabaret. For the price of our regular Project Shaw performance, you’re invited to a party. We’re also looking forward to being back in the legendary Players Club,” says David Staller.

Cast subject to change due to availability.