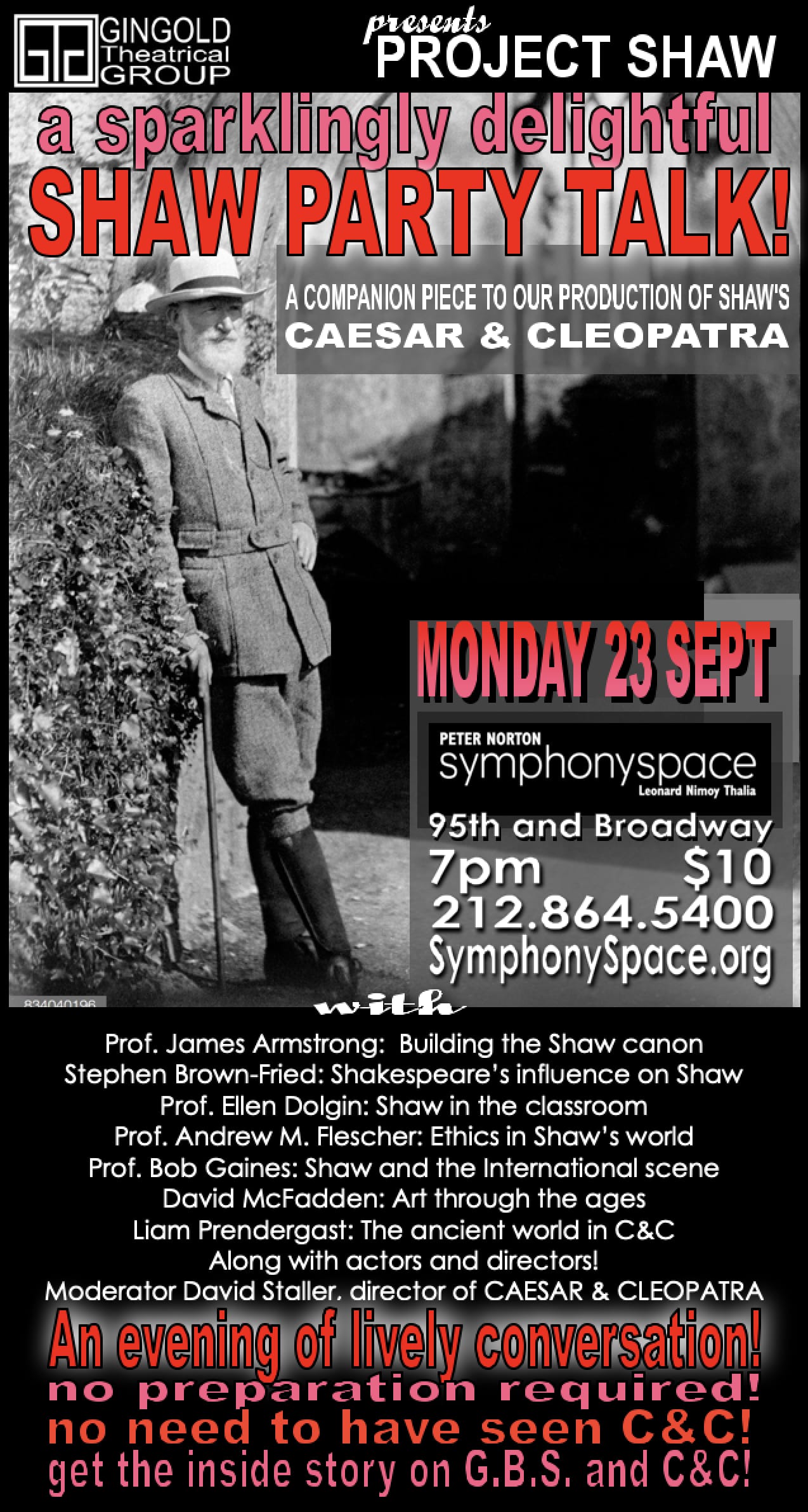 To complement our production of Shaw’s epic and rarely seen CAESAR AND CLEOPATRA, we will bring you an international team of actors, directors, scholars, and historians to explore the distinctly Shavian issues addressed in this play and how they relate to our lives in the present.

Though it’s not necessary to have seen our production (click HERE for more information) we strongly recommend it! Not only as a reference, but for the entertainment value of a play you’ve probably never seen mounted in New York City!