“When George Bernard Shaw died after falling off a ladder while pruning an apple tree at age 94 in 1950, he had finished five of six scenes of what would be his last play. Nearly 60 years later, a New York theater group will offer not one but five endings to that play, ‘Why She Would Not’…”

“Lately, however, [David Staller’s] single-minded quest to honor Shaw hasn’t been such a lonely one. Attracting actors hasn’t been a problem, and he has drawn Broadway regulars like Malcolm Gets, Rebecca Luker and Marc Kudisch. Marian Seldes has claimed ‘The Apple Cart’ for herself and Brian Murray.”

“The gallant Project Shaw — now in its second year — is devoted to staging readings of every play he ever wrote. This month, the Project presents The King, the Constitution and the Lady, a heretofore unstaged work based on the Edward VIII and Wallis Simpson controversy, featuring the indomitable Marian Seldes.”

“Gingold Theatrical Group provides an invaluable — and unique — service to New Yorkers. Not only does it keep topnotch productions of great works of art before the public on a regular basis as no other theater company can, but it also does something less obvious. It keeps the tradition of intelligent argument, embodied in Shaw’s plays but otherwise much lacking from public discourse, alive for those who need it most: the thinking people of a great city.”

“David Staller’s Project Shaw is an invaluable testament to the beauty of Shaw’s work, as well as to the dedication of artists bringing it to life with wit and wisdom in lieu of fancy costumes and special effects. Anyone who cares about theater and history treasures this project.”

“Project Shaw is more than a valuable academic and historical endeavor, pulling back the curtain to reveal the breadth, scope and variety of the works by an acknowledged master of modern drama. What sounds like a dry and dusty endeavor turns out to be, in practice, a series of welcoming, lively events that embrace all of the theater community, partnering a stellar group of actors with an enthusiastic audience to explore these works with insight, skill and humor.” 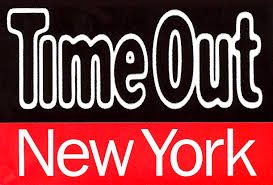 “David Staller has woven Project Shaw into the fabric of New York life. Not only does the series keep Shaw’s brilliant voice in play, boxing our ears with monthly punches of wit; it also gives the city’s best actors a chance to dig into roles of substance, and local audiences a chance to see them (for the price of a movie and popcorn). And by including critics and members of the press in each reading, Staller creates an oasis of collegiality, respect and even community among theater people too often cast as adversaries. To all of this, one can only say: bravo.”

“I admire Project Shaw on two fronts: as a critic and as a fledgling playwright. As a critic who views George Bernard Shaw as one of the most influential yet misunderstood of English dramatists, I am thrilled that David Staller has deftly presented each of his 65 plays, both classic and obscure. From what I’ve seen at numerous Project Shaw events, New Yorkers are hungry for Shaw’s paradoxes and epigrams. Shaw’s ideas are evergreen, but you rarely see a staging with sufficient intellectual and comic energy. Mr. Staller’s keen eye for casting and his ear for Shaw’s rhetorical rhythms ensure that each Project Shaw reading is an edifying delight. Having enjoyed his triumphant revival of Candida at Two Rivers Theatre in New Jersey, I can attest to the fact that Mr. Staller, a total man of the theater, knows how to make Shavian drama atmospheric, dynamic and full-bodied.

“My second appreciation of Project Shaw comes as an early-career playwright. Under Project Shaw’s program, Press Cuttings, I have been commissioned to write a play. That play, Otherland, has gone through a couple of versions since late 2008. I am currently working on a third draft. It has not been an easy process, but Mr. Staller’s first-rate dramaturgical instincts, coupled with his profound respect for writers (even critics!), have made this play a joy to develop. Mr. Staller’s wide connections in the theater scene—from Broadway veterans to younger actors—mean that true professionals handle my work-in-progress readings. I enjoyed Shaw in high school and college, but never realized how much his writing sang to me and imprinted itself on my brain. I’m not trying to write a Shavian play in any way, but I am trying to create a touching and timely drama that will anger, amuse and stir up debate. Project Shaw is filling a considerable gap in the New York theater scene: creating political theater that is stylish, witty, graceful and not afraid to ask the thorny questions. The city is smarter, braver, more articulate—you could even say, more human—for the work of David Staller and Project Shaw. I strongly encourage you to support Mr. Staller and Project Shaw as they move into a future where theater that champions human rights is more vital than ever.”

“Over the years, Project Shaw has carved a unique — and irreplaceable — niche in this city. Presenting Shaw’s major works is almost obvious: Many companies do it, and we are not lacking for productions of ‘Candida,’ ‘Pygmalion’ or ‘Major Barbara.’ What Gingold Theatrical Group does is something else entirely. It is an ongoing tribute to one the 20th century’s titans, a man of letters and ideas who was committed to both social justice and the arts, and articulated this vision even in his lesser-known works. As such, it is fitting that Project Shaw represents a spirit and an ethos that are to be cherished. Once a month, actors and crew donate their time, energy and talent to serve not just Shaw but an ideal of both theater and humankind. The project honors the playwright’s legacy, of course, and it does so in a way that also honors his dreams of community.”

“Project Shaw is one of the treasures of the New York theatre community. David Staller and company have made it their mission to bring the timeless works of GBS–both well-known and obscure–to a modern audience and provide actors with some good healthy exercise. Anyone wishing to sharpen their wits and flex their intellectual muscles should partake of the rigors the Project offers.”

“George Bernard Shaw may have died 61 years ago but his ideas and writings are as relevant now as they ever were. Fortunately, we have David Staller’s Gingold Group to thank for keeping Shaw’s words – practically all of them – alive for New York audiences. As theatre, Project Shaw’s monthly readings are a great treat. As a community service, they’re invaluable. It was a humbling experience to be asked to take part in three readings. My initial nervousness was calmed once I was able to focus on the wise text which speaks volumes about the human condition. It truly is impossible not to be enriched in some way by Project Shaw performances. My own 17 year old son who attended a reading this year was impressed enough to change his senior English thesis from D.H. Lawrence to Shaw. With apologies to Lawrence, when it comes to enlightenment, there really is no comparison between the two. Given the wealth of material Shaw left us, I sincerely hope Project Shaw is able to continue inspiring new generations in the years to come.”

“Whenever I am in the presence of great art, the two most vivid emotions evoked are humility–and gratitude. That is certainly the case with Project Shaw (with an added dose of humility on those occasions when I have actually participated in an event.) Like so many others, I am deeply thankful to David Staller for what he manages to achieve through dint of hard work and unflagging commitment. Project Shaw is especially to be commended for bringing to life with peerless artistry the timeless work of one of the West’s greatest minds and, perhaps most importantly, at ‘socialist’ prices!”

“Project Shaw, run by David Staller and presented by his Gingold Theatrical Group, has been going strong since it began in 2006.”
Read More

“Meanwhile, the Players Club is featuring an ambitious project: For the first time in New York, it will give concert readings of every full-length play, sketch or one-acter that George Bernard Shaw ever wrote for the stage, and it’s free to audiences.”
Read More

“The world very much remembers Eliza Doolittle, Mrs. Warren, Candida and Major Barbara. But what of King Magnus, Robin Gilbey and the Barnabas Brothers? They too were creations from the mind of George Bernard Shaw, but they’re not as well-known because the plays in which they respectively appear — The Apple Cart, Fanny’s First Play and Back to Methuselah — aren’t as often produced as Pygmalion, Mrs. Warren’s Profession or Candida. But David Staller is an equal opportunity Shavian employer. You’re as likely to find a lesser-known GBS play getting a reading courtesy of his Gingold Group as you will a household-name Shaw title. He does them all, and he does them proud, once a month in an elegant setting befitting the work. Over 500 actors and over 12,000 audience members will attest: where Shaw is concerned, David Staller is a man who’s a Superman.”