The Dark Lady of the Sonnets, Shakes Versus Shaw, and more

The Dark Lady of the Sonnets (1910): In which Will Shakespeare meets Elizabeth I on a moonlit night! Is she the fabled Dark Lady?

Shakes Versus Shaw: In which Shaw and Shakespeare (and several of their literary characters) duke it out! Who wins?

Cymbeline Refinished (1937): In which Shaw sends up the endlessly confusing final Shakespearean act of Cymbeline, bringing us a speedy and happily larkish finale!

Cast for THE DARK LADY OF THE SONNETS:

Cast for SHAKES VS. SHAV: 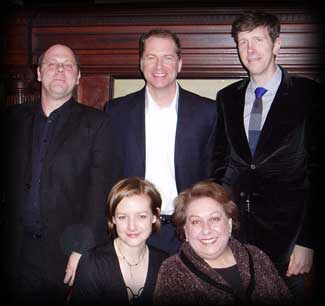