MRS. WARREN’S PROFESSION:
what price independence?
George Bernard Shaw built his life on controversy, determined to be the voice of empowerment for the disenfranchised. In a world where women have no legal rights, his play examines a woman who, coming from nothing, has become one of the most wealthy and powerful of executives running an international string of high-class brothels, keeping her life hidden from her daughter. Only when the truth is revealed does the house of cards topple.
In this infamous comedy/drama, George Bernard Shaw brings us his most provocative play, which examines how six people face their past to plan for their future, including the mysterious title character who has built a global empire from the ground up.

Come experience the provocative play that, in its world debut in New York in 1905, the entire cast was arrested on opening night! With a glorious cast by the most amusing and insightful playwright in the English language, the always rascally George Bernard Shaw.

The production is completely satisfying, and the play gains immeasurably from up-close presentation

This is a quintessentially Shavian premise for a comedy, and what makes it even funnier is that for much of its length, “Mrs. Warren’s Profession” is also a knowing spoof of the kind of Victorian play in which dandies utter lines like “By Jove, what a lark!” Neither Vivie nor Mrs. Warren are having any of it, though: They know what they want, and it’s nothing that men can supply. That’s the point of the play, whose satirical targets are the institution of marriage and the place of women in a male-dominated world. Sprinkled with tart, school-of-Wilde epigrams (“There are no secrets better kept than the secrets everybody guesses”) and overflowing with glittering talk, it’s a foolproof vehicle for six accomplished actors and a director who, like Mr. Staller, knows better than to let the play become a static chat-fest. Instead, he keeps the actors moving and the pace brisk, and the results are immensely pleasurable. The cast is led by Karen Ziemba, who plays Mrs. Warren as a solid, no-nonsense businesswoman replete with self-assurance, and Nicole King, an off-Broadway debutante who is a real find as Vivie, at once beautiful and slightly gawky-looking. Mr. Staller, who knows everything there is to know about Shaw, has not only staged the play but edited the text with his accustomed skill. Make haste to see it! 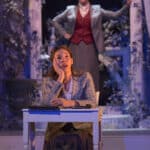 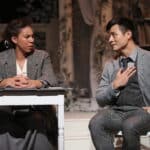 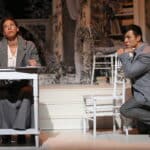 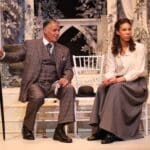 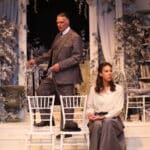 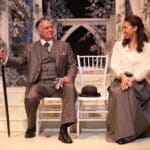 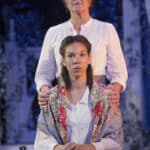 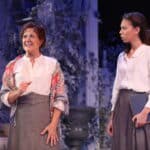 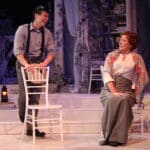 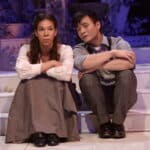 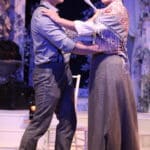 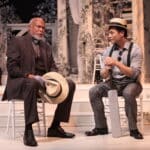 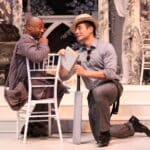 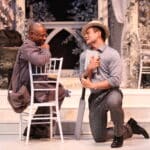 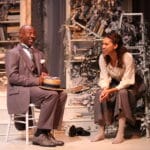 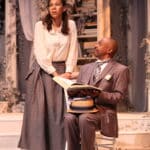 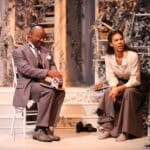 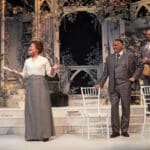 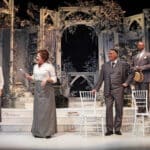