After WWII, a rich young man decides to venture forth into the world and become a professional ‘world betterer.’ Along the way he meets the Buoyant heiress who treats him so curiously that he becomes utterly fascinated by her…and her family.

Written by George Bernard Shaw in 1947. 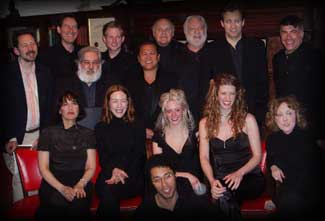 The Cast of Buoyant Billions