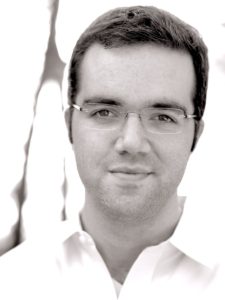 Stephen Brown-Fried, GTG’s Associate Director, is a theatre director and teacher based in New York City whose work has been seen at The Public Theater, the National Asian American Theatre Company, Northern Stage, Ensemble Studio Theatre, New York Theatre Workshop’s 4th Street Theater, Sundance Theatre Lab, Shakespeare Theatre of NJ, Trinity Shakespeare, Milwaukee Shakespeare, Illinois Shakespeare and at The Shakespeare Theatre Company, as well as at training programs including The Yale School of Drama, NYU/Tisch Graduate Acting, The Atlantic School, SMU/Meadows School of the Arts, University of North Carolina School of the Arts, The University of Miami, and Virginia Commonwealth University. From 2014 to 2015, he served as the Artistic Associate & Casting Director at the Shakespeare Theatre of NJ, where his directing credits include Misalliance, All’s Well That Ends Well, The Comedy of Errors, and other plays.  He is an Associate Artist at Trinity Shakespeare Festival, where his credits include Much Ado About Nothing, Macbeth, The Merchant of Venice, Julius Caesar, A Midsummer Night’s Dream, and Richard III.  His production of Clifford Odets’s Awake and Sing! with the National Asian American Theatre Company was nominated for a Drama League Award for best Revival, and received an Obie Award for best performance in a leading role by Mia Katigbak.  He holds a BA in History and Drama from Stanford University, an MFA in Directing from the Yale School of Drama, is Head of Directing (MFA & BFA) at The New School College of Performing Arts, School of Drama, and is a Lecturer in Directing at The Yale School of Drama.